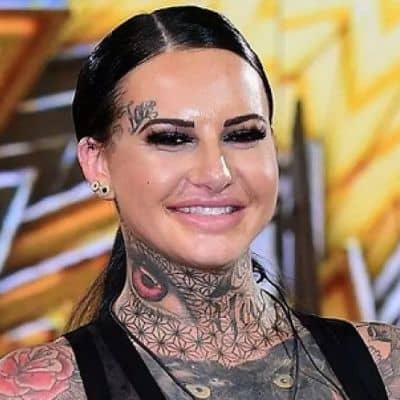 What is the current relationship status of Jemma Lucy?

As per the reports, Jemma Lucy is currently single and is not dating anyone.

However, she has a long dating history.

Who Has She Dated Before?

Previously she dated Marty, but the exact date of their dating period is still unknown.

She met Kirk during the show, Ex on the Beach Season 3. After a few months of dating in the show, the couple ended their union.

Laura-Alicia Summers:- In the reality series, Ex on the Beach Season 3, Laura was featured as Jemmas’ Ex. They were the first lesbian couple to be in the show.

The couple soon split up as they went through lots of disagreements and arguments.

After being together for 2 years, the couple broke up. The reason behind their separation is considered to be cheating done by David on Jemma along with Charlotte Crosby.

Who is Jemma Lucy?

She is best known for her appearance in the series 3rd and 5th of the reality dating show, Ex on the Beach.

Jemma joined the cast of Celebrity Big Brother 20 (UK), as a housemate.

Furthermore, her nationality is British and her ethnicity is English.

As per her academics, Jemma might be a high school graduate but there is no info on her early educational life.

Who Are Jemma Lucy’s Parents? How Many Siblings Does She Have?

Her father, Robert Henley is a carrier company director while her mother, Jayne Norris is a publisher and designer.

In addition, she has one brother and one sister. Her sister, Luly Henley is a trainer who currently lives in Australia while the name of her brother is not known.

Briefing about her professional career, in 2005, she joined the reality television show, Brat Camp.

In 2016, she joined series 5th of the MTV British reality series, Ex on the beach. Her ex Marty McKenna appeared in the show, after her.

The 3rd series of the show aired on 11 August 2015 while the cast members list was officially released on 14 July 2015. It was the first series to be filmed across Europe in Cancun, Mexico.

In the beginning, the boys of the series include Graham Griffiths, Kirk Norcross, Stephen Bear, and Jayden Robins, and the girls, Laura Alicia Summers, Megan Rees, Megan McKenna, and Amy Paige.

Then, she made an appearance in the 20th series, Celebrity Big Brother as a housemate. Unfortunately, she was first eliminated on the final night by placing sixth.

How Much Is Jemma Lucy’s Net worth And Salary?

The Ex on the Beach star, Jemma has an estimated net worth of around $1.5 Million according to various sources.

Apart from this, her salary and incomes are not available.

Instagram banned Lucy due to Advertising Standards Authority after, her picture showcased unsafe practices during pregnancy in July 2019.

However, she is present on Twitter, being followed by nearly 169,8K followers. On the other hand, her TikTok account is enriched with over 186.3K followers and 1.3 million likes.

Talking about her body measurements the 34 years old TV personality stands at the height of 5 feet 7 inches while she weighs around 54 kg.

Moreover, Jemma has dark brown eyes and black hair along with thick lips. But she keeps changing her haircut and color.

As Lucy likes tattooing her body, she has unique patterns of tattoos on her body parts like the neck, arms, lowers abs, legs, and on her face as well.

Adding up more, she has done multiple breast augmentations and butt lifts as well.