Jen Harley is a Realtor from Las Vegas. She is a mother of two. 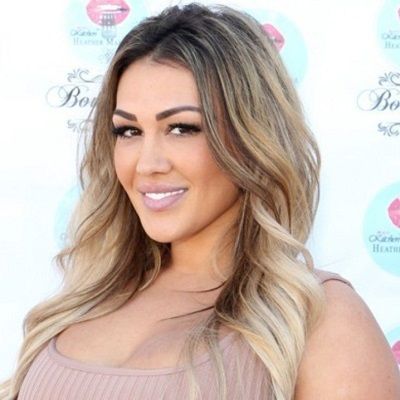 She is dating an Entrepreneur and Chef, Joseph Ambrosole. The couple opened about their affair in February 2021 after she shared a photo with him on her IG handle. However, Jen and Joseph had an argument on 19th June as per the reports in Pho Kim Long in Chinatown. They were drunk and during the feud, she pointed a gun at him. Fortunately, Joseph was able to save himself and ran away. Later, she was arrested and taken to custody by the police for domestic violence.

Previously, she was in a relationship with the actor, Ronnie Ortiz-Magro. They met in 2014 and started dating in February 2017. Together they have a daughter, Ariana Sky Magro. However, they parted their way with a nasty breakup.

Prior to that she was married to her long-term college boyfriend. She has a son, Mason.

Who is Jen Harley?

She is a brand ambassador for Fashion Nova.

Jen was born on the 28th of October 1987 in Las Vegas, Nevada, United States, and raised in Tulsa Oklahoma. She is of Scottish-Wales ancestry.

She graduated from high school in Tulsa Oklahoma.

Later, in 2018, he appeared in the TV series, Jersey Shore: Family Vacation as a guest.

– Jen claimed that she was slapped and punched by her Ex-boyfriend, Ronnie. During the violence, Ronnie chased her with a knife when she ran outside for help. Later, he locked himself along with her eighteen months child, Ariana Sky in the home. For the crime, Ronnie was arrested. However, he was released with $100k US bail.

– 2016, she was arrested for scratching her boyfriend. Later, the case was dismissed.

-2015, she was sentenced to two days to jail in the charge of DUI. She also attended DUI school.

-2013, she was arrested for domestic violence against her Ex-husband. he was punched in the face, swing erratically and threatened with a baseball bat. Eventually, the case was dismissed.

-2009, Jen kicked another woman while she was on the ground. She was arrested for it. However, the chase was dismissed too.

– 2007, she was first arrested for obscene exposure. It was reported that she deliberately removed her top.

She has an estimated net worth of $5 million US which includes her SUV cost about $87k US. Her salary as an Instagram star is $57k US.

She earns $22k-$66k US as a brand ambassador for an Online clothing store, Fashion Nova.

She has brown eyes with golden hair. Her height is 5 feet and 1 inch and weighs around 60kg. Her body measurement is 34-28-35 inches.

Frequently, she shares regarding her baby girl, cooking, and Fashion Nova on Instagram.