Likewise, she announced that she was engaged to her long-time boyfriend Brooks via her Instagram post on April 1, 2021.

Previously, She has been in relation to iZombie actor Robert Buckley from 2011 to 2012, but they broke up. 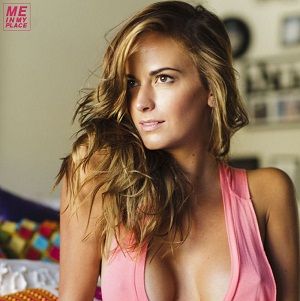 Self confidence is very important in today's society. Feeling beautiful is a part of that. It is imperative for people to understand that beauty is what is on the inside, not the outside. You have to first have inner-beauty to exude outer beauty. It has always been my belief, even through my non-profit organization that I run, that true beauty is not something you can see. Not your weight, height, hair color or physical features. Team True Beauty seems to stand behind that idea and I support it!

There's always someone, somewhere in the world that has it worse than they do.

Who is Jena Sims?

Jena Sims is an American actress and model. She is extremely prominent for her work with different charities including her own non-profitable organization “Pageant of Hope.”

Also, she is well known as Miss Georgia Teen USA 2007. She is a hardworking person and has made a recognizable position. Currently, she is pursuing her career in the acting and modeling field.

Jena was born to American parents on December 30, 1988, in Winder, Georgia, U.S.A. Her nationality is American and belongs to the Caucasian ethnicity. She was raised by her parents in a friendly and entertaining environment.

By the time she knew something about the career she was highly interested in the acting and modeling field and her parents were also very supportive of her decision.

Concerning her educational background, she attended Belmont University in Nashville.

Jena Sims made her base in the modeling field after meeting ‘Robert Buckley’ in 2004. On 11 November 2006, she won the ‘Miss Georgia Teen USA’ 2007 and proved that she can be one of the top models.

It was a solid base for her to start a career in the modeling file. She also represented Georgia in the Miss Teen USA 2007. She also runs a non-profitable organization “Pageant of Hope” which helps disabled children and poor children.

Jena received a ‘Southern Hero’ award in 2006 and also was honored with one of the twenty-seven American teenagers as “Nestle Very Best In Youth”. She made her debut in the 2012 film “Attack of the 50 Foot Cheerleader”.

It is said that she gets paid hand full amount of money from different shows and films and has an estimated net worth of $2 million.

Once there was a rumor that Sims again started dating Robert Buckley after breaking up in 2012; however, none of them confirmed anything yet. Also, she hasn’t been a part of the controversy yet.