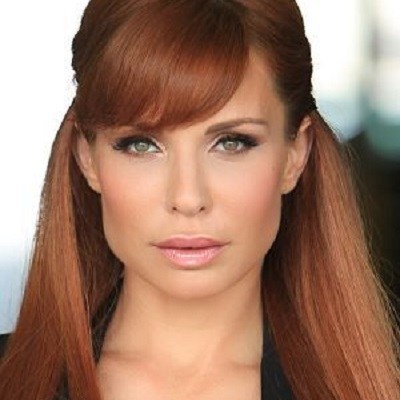 Jenae has not revealed her dating histories and previous relationship as well.

Jenae Altschwager is an American actress and producer.

She is well known for her role on Shero, as Stephanie, Click, as Judy, Spread, as Stripper.

Jenae Altschwager was born on September 1, 1976, in Michigan, USA. Her birth sign is Virgo.

She has not disclosed any information about family and education.

Jenae began her acting career from a Crime comedy movie, The Longest Yard, as a  Party Guest in 2005.

She played in other several movies such as Sex Wars, Spread, She Alien, Alien Ecstansy, The Journal, and The Dark Day’s Night. She also appeared in several TV Series, How I Met Your Mother, The Closer, The Ladies’ Room, etc.

From 2010 to 1011, Jenae portrayed the recurring role in comedy TV series, MANswers.

In 2013, Jenae produced the TV series, The Ladies’ Room. This short series was nominated for Best Short in 2017 and Best New Media Film in 2014. She also produced other several series such as A Dark Day’s Night, The Ladies Room, Fruit of the Fungus, Hard Visit, etc.

In 2015, she played a TV Mini-Series, Manny’s Garage Sale: A Hitchcock Knot.

In 2016, she won the Jury prize Award, from the Shero, Best Action and Thiller short. Later, she won the Best Short Film Award at the New York City Independent Film Festival in 2017.

Jenae net worth is approximately $1 million.

The artist and the designer’s salary is around $58 thousand.

Jenae has hazel eyes and brown hair. Her height is 5 feet 6 inches and weight is 55 kg.

She is not active in any social media.