Jenelle Evans is a reality television personality who rose to fame on MTV's Teen Mom 2. She is married and has three children. 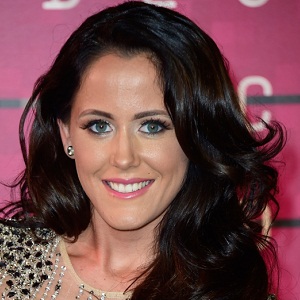 What is the relationship of Jenelle Evans?

Jenelle Evans’s love life has been a quite complicated one.

Her relationship with her beaus has not been lasting. In 2008, Evans confirmed having an affair with Andrew Lewis. She had her first son Jace Chon Evans with him.

After that, the couple split up in 2009 leaving Evans with the custody of her son Jace. In 2010, she had an affair with Keiffer Delp. This relationship too did not last long and they got separated in 2012.

Right after her split with Delp, in 2012 she got married to Courtland Rogers and got pregnant with her second child, Kaiser. This marriage too did not last long and the couple signed a divorce in  2014 due to some personal issues.

Currently, Evans started dating David Eason and they exchanged vows on 23 Sep 2017. But were separated in 2019 but as per the reports, they are not getting a divorce. They have a child named child Ensley Eason.

Recently, she has settled her son Kaiser Orion Griffith’s custody with her Ex-Nathan Griffith.

Who is Jenelle Evans?

Jenelle Evans is a reality star who shows cast in a reality television series called “Teen Mom 2” which was the second season of the hit reality series “16 AND PREGNANT”.

This reality show especially focused on the lives of people experiencing early motherhood.

The Teen Mom star Evans was born on 19 December 1991, in Oak Island, North Carolina, the United States of America.

She is the daughter of Robert Evans (father) and Barbara Evans (mother). She has a sister named Mikaila Shelburne. Jenelle grew up in Oak Island, North Carolina, the United States of America which was her birthplace.

She graduated from Miller-Motte Technical College.

Jenelle Evans gave birth to Jace Chon Evans on August 2nd, 2009 after she had a long-term relationship with Andrew Lewis. She then appeared in 16 and Pregnant where her entire lifestyle is shown. In this show, it is focused that Jenelle choosing to party over her child.

Even after giving birth, Evans continues to slip back into her partying ways. Her mother Barbara takes the entire custody of her son Jace. In the show “Teen Mom 2”, her love for partying as well as her responsibilities towards her child is shown. She is quite active on social media.

There had been a lot of controversies and rumors about Evans. While her “Teen  Mom2” she and her boyfriend were accused of having drugs and both of them were arrested.

She was even accused of not taking care of her son Jace.

She has dark brown hair color and her eye color is blue. Her bra size is 34C and her shoe size is 5(UK).

Also get to know more about Renee Graziano, Joe Gorga, and Marla Maples.

It Seems Teen Mom 2 Star Jenelle Evans and Her Mom Barbara Are Into a Never Ending Feud!