Updated On December 1, 2022 | Published By: shahid | In controversy , Lifestyle
Share this 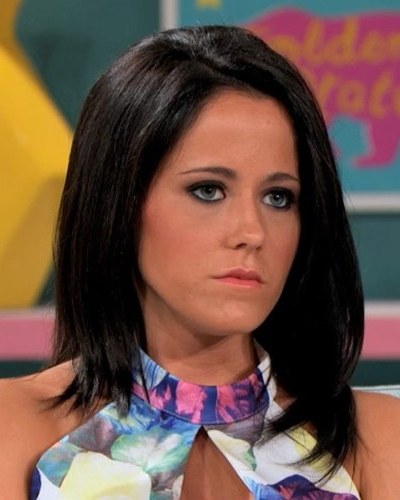 The viewers were upset with these and slammed Jenelle for allowing her kids to wear the hats with such disgusting messages.

Jenelle Evans and her visit to the local restaurant

Jenelle Evans was at a local restaurant with her husband David Eason and her children. The restaurant named Dick’s Last Resort is one where the servers write some crude messages for hats for the customers.

Since Jenelle’s kids were with it, the waiters gave them also such-handwritten hats. But for their age, those were shockingly distasteful and sexually-provoking messages.

The messages on the hats of the Jenelle Evans family

“Inch and a half of pure pleasure.”

Jenelle’s daughter Maryssa was curious to know what it meant and she was asking her mother the meaning of the message. Jenelle was amused but did not answer.

On the hat of little Jace, the servers had scribbled:

Jenelle also wore the white hat like the rest of the family and on it was scribbled:

“On my knees more than Tim Tebow.”

Maryssa’s hat had the message:

Jenelle had just thought that this was funny and put the pictures of the family displaying the messages on the hat on her Instagram.

The messages might seem amusing and bring giggles to people who are mature enough to understand them. But for young minds, these sexually-provocative messages might leave a permanent socially bad scar.

Jenelle Evans’ fans react to all this

Jenelle Evans’s followers were outraged at seeing and learning about the whole affair. One social media user wrote:

“Joke or not, that’s extremely inappropriate,”

“I think it’s sad that Jenelle and David think it’s so funny. And then to put it on Instagram for everyone to see?! I don’t get how that’s funny at all.”

“There is something seriously wrong with both of them,”

They were labeled as not good parents. Another of her follower wrote:

“It’s disgusting and shows they have absolutely no boundaries and don’t even know what appropriate adult to child talk is regarding sex.”

The servers should have either written just some sweet messages on the hats of the kids or some subtle ones on those of the parents, knowing well that the kids might question the meaning of the messages written on their parents’ hats.

Or, if the servers have not realized this and went on to write such indecent messages even on the hats for the children, Jenelle Evans and her husband should have not permitted their kids to wear them and returned them to the restaurant management.

Here was a place to moralize the servers and management of the restaurant. But it was lost due to the oversight of the parents.

Jenelle Evans is a reality star who shows casts in a reality television series called “Teen Mom 2” which was the second season of the hit reality series “16 AND PREGNANT”.  This reality show especially focused on the lives of people experiencing early motherhood. More Bio…