Jenilee Harrison is a married woman. She is married to Bruce Oppenheim since 1993. Bruce is a prominent Los Angeles-area chiropractor. Also, he is widely known as the ex-husband of actress Cybill Shepherd. 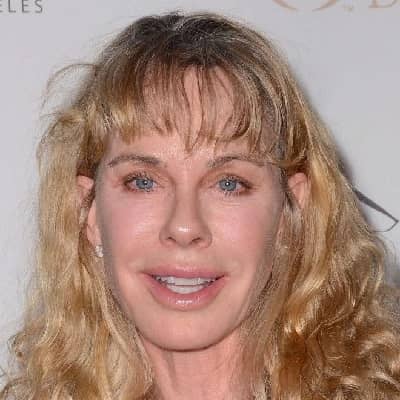 Who is Jenilee Harrison?

Jenilee Harrison is an actress from the united states who is widely renowned after appearing as Cindy Snow on the hit sitcom Three’s Company from 1980 to 1982. She is also known for her role as Jamie Wing Barnes in Dallas from 1984 until 1986.

Jenilee was born on June 12, 1958, as Jenilee A. Harrison. She hails from Northridge, California, U.S, and was raised in San Fernando Valley. Her nationality is American and belongs to Caucasian ancestry.

Her father was an aerospace engineer similarly, her mother was a math teacher. She has four siblings two elder sisters and two younger brothers. However, she hasn’t disclosed their identities in the media.

When she was 15 years old, her parents get divorced although she was close to both of them.

Jenilee earned an education degree from the University of Southern California in 1980. The same year, she won the title Sweetheart of Sigma Chi. While studying at USC, she met acting coach Joyce Selznick.

During her college years, Jenilee started appearing in a minor role in television series like CHiPs (1978) and 240-Robert (1979).

In 1980, she was cast as Suzanne Somers’s replacement for the role of Cindy Snow on ABC’s fifth season of Three’s Company in the episode entitled “Chrissy’s Cousin”. She portrayed the character for up to 32 episodes until 1982.

Following this, she got another lead role as Jamie Ewing in the Primetime television soap opera Dallas. While working on Dallas, she also appeared on the TV game show Super Password alongside, Dick Gautier.

Last time, Harrison was seen in the 2002 TV movie The Power where she portrayed the role of Hillary. After then, she appeared as a spokesperson for numerous infomercial products including the Ultimate Chopper with Chef Tony, the AB Flex, and the Sobakawa Pillow.

As of 2021, the actress has an estimated net worth of around $3 million. Further, there are no details available regarding her present salary, assets, and other income.

While portraying the recurring character Cindy Snow in Three’s Company, Harrison received $7,500 per episode during the 1980-1981 season.

The 63 years old actress has a well-maintained body posture. She is 5 feet 8 inches tall and her weight is about 59 kg. Her waist and hips sizes are 24 and 35 inches. She has blonde hair with a blue pair of eyes.