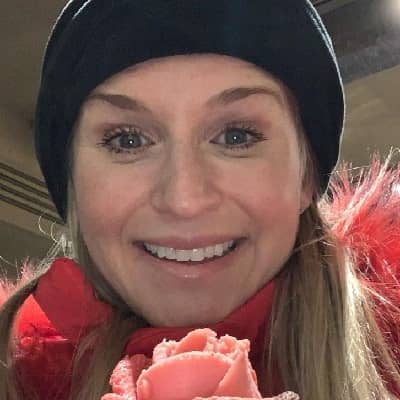 Jenn Gotzon is a married man. She gets married to Jim Chandler who is also an actor. Jim is the second husband of Jenn.

The couple met for the first while working on a movie together in 2014. After dating, several years, the pair married on March 17, 2017. Also, the footage from their wedding was used in The Framer and The Belle.

Previously, she gets married to director Chris Armstrong. They met first the first time in 2004 after he cast her in his senior thesis film. Then, the pair tied the knot on April 4, 2006.

After living together eight-year the couple get separated and divorced on May 22, 2014. However, no information available regarding their separation.

Who is Jenn Gotzon?

Jenn Gotzon is an American film actress by profession. She is also a model and motivational speaker.

The actress is best known for her role as U.S. President Richard Nixon’s first daughter Tricia Nixon in the film ‘Frost/Nixon‘.

The actress was born on May 18, 1979. The birthplace of Jenn is in Bethlehem, Pennsylvania whereas she raised in the countryside of Northampton, Pennsylvania.

She holds an American nationality and is of Caucasian descent. Her full name is Jennifer Lee Gotzon.

The name of his parents is Ronald Gotzon and Jo-Ann Gotzon. His father served as a fishing lure manufacturer and inventor. Similarly, her mother was a tax accountant.

Jenn is the second child of her parents. She has an older brother named Marcus Travares and a younger sister named Michelle.

Jenn studied at Northampton Area High School. During high school, she participates in various school activities like Avid skier, an all-star softball player and she was also trained for gymnastics.

She graduated in 1997 and then she attended Northampton Community College from 1997 till 1998. Later, she joined the New York Conservatory for Dramatic Arts for two years.

After that, she did a two-year conservatory at Joanne Baron/DW Baron Studio in Los Angeles. She has also competed in the Miss America pageant. Also, the actress worked for Google as an HR Coordinator.

Jenn made her first lead role in the 2003 independent film, ‘Julie and Jack‘ as Julie Romanov. In 2008, she appeared in the dramatic short film, ‘Stained‘.

Jenn was also cast in “Doonby” along with famous personalities like John Schneider, Jenn Gotzon, Jennifer O’Neil, and other casts. In 2017, she appeared with her husband Jim Chandler on faith-based film projects ‘My Daddy’s in Heaven’

She has also worked on a book-based film, ‘Sunrise in Heaven’ portraying the role of Terri. She has appeared on First Lady (2018), Forgiven (2011).

Similarly, Her latest movie is ‘The Farmer and the Belle: Saving Santaland’ cast in the role of Belle Winters release on November 17, 2020.

Besides acting, she is also a global speaker who impacts and inspires audiences through the art of storytelling on film.

To date, Jenn hasn’t been part of any sorts of rumors and scandals that create headlines in the media. Firstly, She keeps away from such controversial acts that hamper her professional life and personal life.

Jenn has an estimated net worth of around $5 million throughout her profession as an actress. Besides, her salary, yearly income, and real estate are still under review.

Additionally, her husband also earned a handsome amount of fortune through his profession as a director.

The actress stands at the height of 5 feet 4 inches tall whereas her weight is around 60 kg. She has blonde hair with attractive blue pair of eyes color.

Furthermore, her other body measurements are still under review.

Similarly, she has more than 5.2k followers on her Facebook account with over 5.2k likes. She has also a self-titled Youtube channel with 327 subscribers to date.