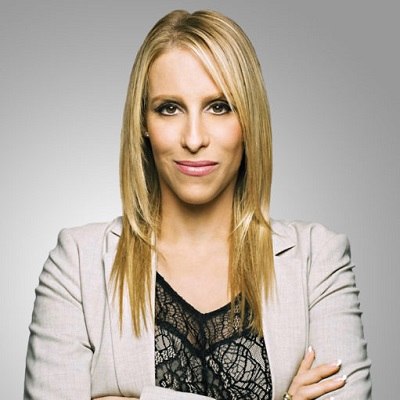 Currently, Jenn Mann is in a relationship.

She is dating, Eric Schiffer, who is an author, public speaker, and entrepreneur, since 2014.

They both support each other in their work and are the inspiration for one another. They are seen together in every function and special occasions. As of July 4, 2019, they both appeared on the occasion of an independence day for a journey to Malibu along with her daughters.

Previously, she was married to Joshua Berman in 2001. Together they have two daughters, Quincy, and Mendez in 2007.

However, they couldn’t keep their relationship for more than 12 years. Finally, Jenn filed for the divorce in December 2012 and they separated in August 2013 legally.

Who is Jenn Mann?

She appeared as an expert on more than hundreds of shows including The Today Show, Dr. Oz, The Doctors, The Maury Show, Steve Harvey, The insider, and Jimmy Kimmel Live.

Jenn’s grandfather was Morris Weil, who is Lithuanian Jewish immigrants and owner of a furniture store.

Her grandmother was Dorothy Mendez, who is from a Sephardic Jewish family in Brooklyn.

She is a certified Hypnotherapist and has an approved licensed by the Board of Behavioral Sciences as a Marriage and Family Therapist.

She holds a total of three degrees including, a master of Arts in Clinical Psychology from Antioch University in Los Angeles, a Bachelor of Science in Mass Communication from Emerson College in Boston, and a doctoral degree in Psychology as well as in marriage and family therapy from the California Graduate Institute, LA, California, US.

Mann shares her advice about sex and relationship to various magazines such as In Style Magazine called Hump Day with Dr. Jenn, Los Angeles Family Magazine and other nine magazines.

She spent five years as a host in a different radio show such as The Dr. Jenn Show on Sirius XM, On the Couch with Bradley Wright on Star 98.7.

Jenn is also a creator of an app called No More Diets which helps us in weight loss and how to take our proper diet etc.

As an Author, Awards

Mann is also an author of different best selling books such as The Relationship Fix: Dr. Jenn’s Guide to Improving Communication, Connection & Intimacy, SuperBaby: 12 Ways to Give Your Child a Head Start in the First 3 Years, and The A to Z Guide to Raising Happy Confident Kids.

As a writer, she has won several awards such as the March of Dimes Community Award, the Purple Dragon Award in children’s literacy, the Literacy Award, multiple Mom’s Choice awards, and multiple awards from the Parenting Publications of America.

Jenn Mann’s net worth is approximately $118 million US.

While she divorced from her husband she received around 300 k US.

The American writer and author’s average salary is $55 k US.

The Therapist average salary is around $50 k US.

TV Personality earns an average salary of $44 k US.

Mann has dark brown eyes and blond hair. Her height is 5 feet 3 inch and weight is 55 kg.

Mann has an Instagram with 58.9 k followers on it. She posts more than 6.7 k posts on her Instagram wall.

Kim Kardashian is also confused about the engagement of Kylie Jenner and Travis Scott!