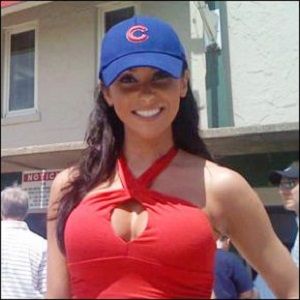 What is the relationship of Jenn Sterger?

Jenn is not married as of now. But she is engaged to a baseball player. She is the fiancée of professional baseball player Cody Decker. This was after dating for some time. The engagement ceremony took place on December 23, 2016.

Other than that, there is no other information about her relationship status.

Jenn Sterger is a popular model and an actress. Additionally, she is also a reporter and a television personality. Previously, she worked as the online columnist for the magazine, “Sports Illustrated”.

Jenn was born in Miami in the state of Florida. Born on November 29, 1983. She possesses American nationality and her ethnicity is North American.

Her father’s name is Leo Sterger and her mother’s name is unknown. There is not quite a lot of information about her early life and childhood.

As per her education, she attended Gaither High School near Tampa. Afterward, she enrolled at Florida State University for her further studies. Later she graduated from there with a double major in Psychology and Criminology in 2007.

Jenn is indulged in multiple careers. She is a reporter, comedian, actress, and model. She was discovered live during a football match in 2005. Afterward, she became famous and modeled for several campaigns, events, and brands. She appeared in the magazines like, “MAXIM”, and “PLAYBOY”. Additionally, she also served as the spokesperson for Dr. Pepper and Sprint.

Discussing her Sports Journalism career, she worked as the online columnist for the magazine, “Sports Illustrated”. And in 2008, she worked as the game-day host for team, New York Jets. Furthermore, she also hosted the ABC show, “Race to March Madness”. Later in 2012, she moved to Los Angeles to pursue an acting career.

Jenn Sterger: Salary and Net Worth

As of 2022, she has accumulated a net worth of $1.5 million. But there is no information regarding her salary.

Jenn was part of the controversy in 2008. It made headlines after NFL player Brett Favre allegedly sent her explicit pictures and voicemails to visit him in his hotel room.

As of now, she avoids the topics that can drag her into media controversies. Also, she doesn’t live a controversial show-off life. She likes to keep her image clean ignoring the rumors and media tittle-tattle. Presently, there are no other rumors that surround her personal or professional life.

Jenn Sterger has a height of 5 feet 1 inch. Her body weighs 49kg. She has brown eyes and brown hair. Furthermore, her waist size is 24 inches and her hip size is 33 inches. Additionally, her bra size is 36D and her shoe size is 6 US. Her dres’ size is not known.

English controversial columnist Katie Hopkins: her struggles with epilepsy, her open brain operation and cure of her epilepsy post-surgery!