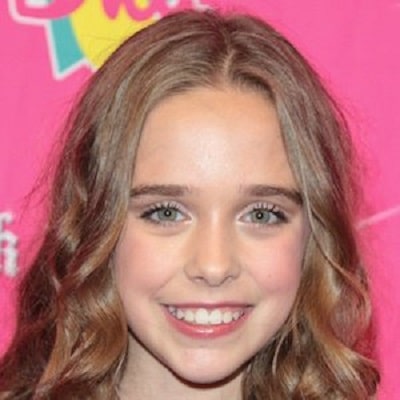 Jenna Davis is too young to be in a relationship. Also, there is no past affair and boyfriend that she has been linked with.

She is currently busy on her career. In addition, Jenna is secretive about her personal information.

Who is Jenna Davis?

In addition, she is represented by Sobrink Agency and she has also her self-titled YouTube channel in which she posts cover songs, vlogs, makeup, and hair tutorials.

She was born on May 4, 2004, in Plano, Texas. Her birth sign is Taurus. Jenna has not disclosed the name of her father and mother.

She stayed in Mkissnisota till the age of 11 and then moved to Los Angeles in order to continue her acting career. She was interested in acting, singing, and dancing since her early ages. Jenna began dancing at the age of 2. Also, she won her first talent contest at the age of 6.

She holds American citizenship but her ethnicity plus academics are unknown.

Similarly, she made her appearance in the sitcom called ‘raven’s Home’ in 2017 and then appeared in short movies like ‘Some Calming Music’, ‘The Woods’, and ‘The Clubhouse’.

In addition, she appeared in the animation series called ‘Treehouse Detectives’.

She started her youtube career o August 18, 2014. In her self titled YouTube channel, she posts cover songs and other music videos. Also, she posts acting videos, vlogs, hair tutorials, challenges, and other fun videos.

Her one of the most popular video is ‘Sia-Cheap Thrills-Jenna Davis-music video cover’. In addition, her other popular videos include ‘Alessia Cara- How Far I’ll Go – Jenna Davis Music Video Cover’ and ‘No Tears Left To Cry- Ariana Grande’.

She has an estimated net worth of around $100k and she has earned that sum of money from her professional career. Also, she earns around $25k as an annual salary.

Also, she wants to expand her career in Hollywood.

Jenna Davis stands a height of 5 ft. 1 inch and weighs around 40 kg. Also, she has grey eyes and blonde hair.

Her YouTube channel has over 947k subscribers and TikTok has over 2m fans.

To know more about Elinor Donahue, Jane Wymark, and Natalia Tena, please click on the link.