Updated On January 29, 2023 | Published By: Parikshit Gurung
Share this
Married 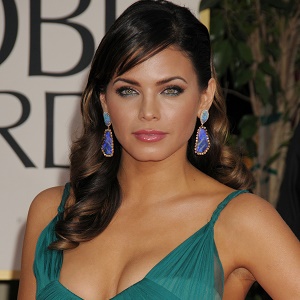 I would say I was always very ambitious and goal-oriented, but rather than being just a go-getter hustler, now I surrender a lot more and I trust my path a lot more

Most photo shoots are a beautiful dress, a natural location, and poses.

Jenna Dewan is in a relationship with actor Steve Kazee in October 2018. She and Kazee announced their engagement and they have one son, born in 2020.

Who has Jenna Dewan dated in the past?

As of today, Dewan was married to Channing Tatum on July 11, 2009. The couple met in 2005 on the set of the movie, Step Up. They began dating right after the completion of the movie. Their relationship turned into an engagement in 2008 and married a year later.

The married couple was blessed with a daughter, Everly Elizabeth Maiselle Tatum. After a year, Dewan filed for divorce from Tatum. In November 2019, the divorce was finalized.

Who is Jenna Dewan?

Jenna Dewan is a well-regarded American actress and dancer.

She is popular for playing the role of Nora in the 2006 movie ‘Step Up’.

Born in Hartford, Connecticut. Her parents belong of distinct descent, her father of Polish, and Syrian-Lebanese, and her mother is of English and German ancestry. Her nationality is American.

Jenna is the daughter of Darryll Dewan (father) and Nancy Smith (mother). She grew up with four siblings, three brothers, and one sister. Her brothers’ names are Daniel Dewan, Shane Dewan, and Nathan Dewan. She has a sister named Missy Dewan.

In her early childhood, she had to settle in different cities following their parent’s separation. She attended Notre Dame Preparatory School. She did a varsity cheerleader in her school days as she showed a vested interest in it.

Dewan was transferred to Grapevine High School where she was voted a prom queen. She graduated in 1999 and went to the University of Southern California.

Dewan started her career appearing in the video of Janet Jackson, Doesn’t Matter. This was followed by ‘All for you and ‘All for your tour’. Dewan credits Jackson for assisting her career, enabling her to work with distinct professional actors.

Thanks to her career as a dancer, she got to play a lead co-star in the movie ‘Step Up’. Since then she has appeared in a lot of movies. Her career got undue overhauled after moving to the movie.

In 2006, she played in the movie Step Up and ‘Take’ in the same year. Years later, she starred in the movie ‘Fab Five: The Texas Cheerleader Scandal’, allowing her to showcase her dancing skills.

In 2011, she appeared in the pilot of NBC, The Playboy Club. Months later, she got picked up for a full season. The series aided her career growth.

After the series, she was approached for the movie, ‘The Jerk Theory. She was also seen in ’10 Years’ and then the same year in ‘American Horror Story: Asylum’.

Apart from their career in dancing and acting, Dewan also has started her own production company named ’33andOut Productions’. Nevertheless, Dewan is a woman with different career paths from a dancer, and actor to an entrepreneur.

Such a successful talented artist, Jenna Dewan has an estimated net worth of $6 Million as of 2022.

The Winner of the 2007 Teen Choice Awards, Jenna Dewan doesn’t appear to have been through any sorts of rumors/controversies.

Jenna Dewan has a height of 5 feet 2 inches. Her body weighs 52kg.

She has dark brown hair and green eyes. Furthermore, her body measurements are 33-24-33 inches. Her bra size is 32B.

Also know more about the early life, career, net worth, relationships, and controversies of other actresses and dancers including Khandi Alexander, Chandler Kinney, Tom Holland, Alicia Vikander, and Paula Kelly.

Complications On The Shared Custody of Daughter Everly After The Divorce of Channing Tatum and Jenna Dewan!! Know the Insights