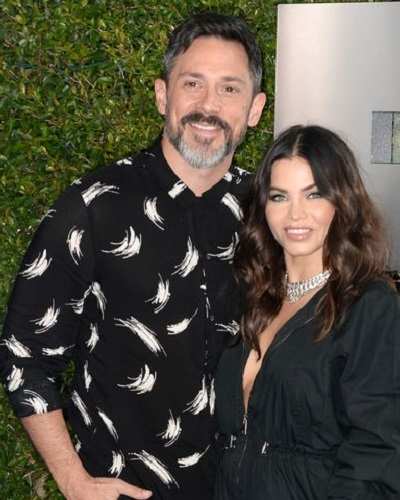 The couple announced their pregnancy back in September 2019. This is the first baby of the actress and her fiance. The actress also shares a child with her ex Channing Tatum.

The American actress gave birth to her second child on March 6. She announced that she and her fiance welcomed a baby boy named Callum Michael Rebel Kazee.

The baby boy is the first child she shares with Steve. She is also a mom of daughter Everly with her ex Channing. After welcoming their new bundle of joy in the family, she shared the news with her fans and followers on Instagram.

“And just like that, our hearts exploded into all of eternity and beyond. Welcome to the world you little angel! Callum Michael Rebel Kazee 3/6/20.”

The parents are constantly gushing over their newborns and have posted a series of Instagram stories on their respective accounts. The mom of two also gushed about how happy she is holding her baby on her arms.

The actress also shared a selfie of herself breastfeeding her newborn mentioning how happy she is. On the other picture of their newborn, she shared the snap of her son’s adorable baby feet.

“In an instant, our universe burst wide open and nothing would ever be the same. Welcome to the earth star child.”

The actress also mentioned she is excited to expand her family with her fiance.

Relationship of Dewan and her fiance

The couple got engaged and revealed the news with their fans and followers on Tuesday 18 February 2020. The two posted a picture of them kissing and the actress flaunting her engagement ring.

They started dating each other for over 2 years now. Thye finally shared their relationship with the internet in June 2019. Just after two months of disclosing her relationship, they announced they are pregnant.

He gifted a custom made ring to the love of her life. It is a conflict-free diamond and the gold used has been recycled and handcrafted in Los Angeles. The ring cost anywhere between $ 14k to 15k.

Before him, Jeena was married to her ex-husband Channing Tatum since 2009. Later on, they parted their ways in April 2018 after filing for divorce. The couple shares a daughter together.

You may read- Marnie Simpson traumatized after first delivery; she will go for surrogacy with the second child!

Jenna Dewan is a well-regarded American actress and dancer popular for playing the role of Nora in the 2006 movie ‘Step Up’. She also starred in the series ‘The Playboy Club’ and had appeared on series ‘American Horror Story: Asylum’. See more bio…

You may also read- Why The Parenting Style Of Ashton Kutcher and Mila Kunis? Their Family Life, Children!