Jenna Morasca is a model, TV personality, Vlogger, wrestler who competed on Survivor: The Amazon.

Jenna Morasca seems to be single as of now.

She was in a relationship with the fellow Survivor champion Ethan Zohn. They started dating after her victory on Survivor: The Amazon in 2003.

The couple was considered to return in Survivor: South Pacific, after appearing in The Amazing Race. But they decline the offer and didn’t choose to compete against each other.

However, staying together for over ten years, they get separated in February 2013. 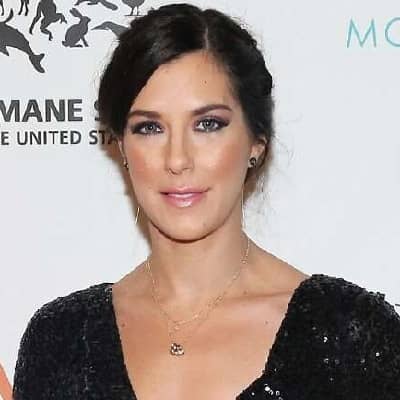 Jenna Morasca is an American model, TV personality, Vlogger, Professional wrestler. She is popular for being the million-dollar grand prize winner of Survivor: The Amazon in 2003.

Currently, she is working as a veterinary nurse at West Liberty Animal Hospital.

Jenna was born on February 15, 1981, in Pittsburgh, Pennsylvania, USA. Her full name is Jenna Michael Morasca.

She is the single of her parents and doesn’t have any siblings. Jenna’s mother’s name is Carla Morasca. And she hasn’t shared any information about her father.

Carla was beating cancer. Just after appearing in three episodes she voluntarily left Survivor: All-Stars and went to meet her mother.

She passed away in 2008 just eight days after Jenna met her. Sadly her father also died after few years.

Jenna holds an American nationality and has English descent.

Jena studied at the University of Pittsburg was part of the sorority of Zeta Tau Alpha while she was there.

Jenna works as a swimsuit model in her initial days. She came into the limelight after appearing in  Survivor: The Amazon in 2003. She was also able to be the million-dollar grand prize winner of the show.

Respectively after the show, she was invited back for Survivor: All-Stars. Morasca and her tribe have won the immunity in the first two episodes of it. However, she left the season in a three-episode duet for her personal reason (meet her mother).

And in 2005, Morasca appeared as co-host of CBS’s Survivor Live. Since then she has hosted the five entire seasons.

In 2011, Morasca with her then-boyfriend, fellow Survivor winner Ethan Zohn, also participated in the 19th season of The Amazing Race.

Jenna has amassed a net worth of around $1.5 million.

Being the winner of Survivor: The Amazon she has received $2 million. Likewise, the contestants on the new season of Survivor are said to a paid minimum of around 13.5 thousand dollars.

Jenna was arrested in Pennsylvania while driving her vehicle while on drugs back on Jan 25, 2018. Police had to use Narcan to revive her.

Various drugs and drug paraphernalia, such as syringes were found in her car.

She even bit the policeman when she awoke.

Jenna has an average height of 5 feet and 8 inches. She has beautiful blue eyes with dark brown hair.

She joined Twitter in March 2009 and has more than 53K followers now.