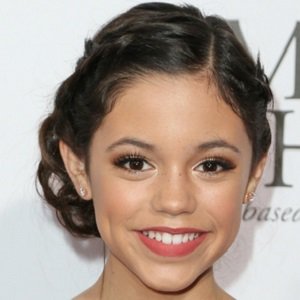 What is the relationship of Jenna Ortega?

Cute and adorable Jenna Ortega is only 16 years old. She is too young to be in a relationship with someone.

Being so young, she has not been in any relationship until now and it seems like she is sharpening her strength and skills to make her all dreams come true rather than being stuck in a relationship.

Who is Jenna Ortega?

Jenna Ortega is an American actress. She is famous for portraying the character Young Jane in Jane the Virgin since 2014.

She is best known for her lead role as Harley Diaz in Stuck in the Middle (2016-present) and voices the character Princess Isabel in the Disney Channel animated television series Elena of Avalor since 2016.

Jenna Ortega was born on September 27, 2002, in Coachella Valley, California, USA. His mother’s name is Natalie Ortega and her father’s name is unknown.

Her nationality is American and she is of Puerto Rican and Mexican ethnicity.

She spent her early years in Southern California’s Coachella Valley with her family. Ortega became interested in acting when she was six years old.

Jenna began her television acting career at the age of eight, appearing in episodes of Rob; Days of Our Lives, and CSI: New York in 2012. The following year, she appeared as Vice President’s daughter in Iron Man 3.

She plays the character Young Jane in Jane the Virgin since 2014. She appeared as the lead character Darcy in the TV movie Richie Rich in 2015.

Since 2016, he plays the lead role of Harley Diaz in Stuck in the Middle. She also voices the character, Princess Isabel, in the Disney Channel animated television series Elena of Avalor since 2016.

She gained fame as a scream queen in 2022 when The Hollywood Reporter labeled her the Next Big Thing.

Currently, there are no desperate rumors regarding her personal and professional life. It seems she is doing the best job without harming others for which she hasn’t been a part of controversy yet.

She has a height of 4 feet 10 inches with a body weight of 43 kg. Her hair color is black and her eye color is dark brown.