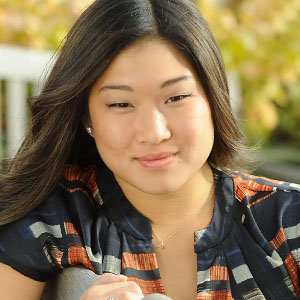 My style overall is whatever is comfy, whatever I feel like wearing that day that I feel good in. I have some really classic pieces that I can dress up, dress down, wear to the movies or wear to a really nice dinner. And I love a really good leather jacket

I love that feeling of just finishing a workout and knowing I'm taking care of my body. It is such a good feeling

Live in the moment, day by day, and don't stress about the future. People are so caught up in looking into the future, that they kind of lose what's in front of them.

Jenna Ushkowitz, as of now is single. She has been into multiple relationships in the past. She was in a relationship with Glee co-star, Kevin McHale from April 2009 to October 2010.

After that, she started dating Actor, Michael Trevino since July 2010. The lovebirds stayed together for almost 4 years. But things started falling apart and they separated in May 2014.

Currently, she is single and hasn’t been dating anyone.

Who is Jenna Ushkowitz?

Seoul-born Jenna Ushkowitz is an actress and a singer. Additionally, she is also a podcast host. She is popular for starring in “When I was 17”. Furthermore, she is famous for acting in Broadway play, “Waitress”.

Presently, she is a prominent figure in the media as the star of Fox musical comedy-drama series “Glee”. She portrays the role of Tina Cohen-Chang in the series.

Jenna was born in the capital city of South Korea, Seoul on April 28, 1986. She possesses American nationality and ethnicity is Russian, South Korean.

Her birth name is Jenna Noelle Ushkowitz. Although she was born in South Korea, she grew up in New York. She was born to parents, Brad Ushkowitz and Judi Ushkowitz.

At the age of 3 months, she along with her family moved to the U.S. Consequently, she was raised in a Catholic family.

As per her education, she attended Parkway Elementary School and Holy Trinity Diocesan High School. She graduated from her high school in 2004. Afterward, she joined Marymount Manhattan College.

Later in 2007, she graduated from there with a degree of Bachelor of Arts in theater arts.

Jenna Ushkowitz was active in acting from her childhood days. She participated in musicals since her school days. Afterward, at the College, she played the role of Little Red Riding Hood in the play, “Into the Woods”. Before that, she appeared in different TV children shows during her childhood days.

She made her theater debut in a Broadway musical was in the 1996 play, “The King and I”. Similarly, she did other stage performances in plays like, “Spring Awakening”, “Hair”, and “Waitress”. As per her TV career, she made a debut on TV in 2000 in TV series, “Little Bill”. The next year she starred in a short film, “Educated”. She kept on working hard looking for a career-making opportunity.

Consequently, his major mainstream success came after he joined the cast of TV series, “Glee” in 2009. She portrayed the role of Sam Evans in the series from 2010 to 2015. Additionally, she has starred herself in TV shows, “When I Was 17”, “MasterChef”, and so on.

She has won multiple awards in her career. In 2013, she won Screen Actors Guild Awards for her outstanding performance in “Glee”.

Presently, she earns a pretty good amount of salary and has an estimated net worth of $4 million.

Jenna was part of the controversy when she flashed off her cleavage while partying. Presently, there are no rumors that surround her personal and professional life.

Jenna Ushkowitz has a height of 5 feet 4.5 inches. Her body weighs 56kg. She has black hair and dark brown eyes. Her body figure measures the size of 35-26-37 inches.