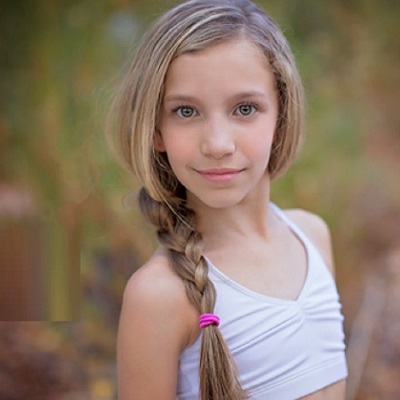 She shares a good bond with her family. She uploads TikTok videos with her sister.

Some of her friends are Addison Moffett, Simrin Player, Nia Frazier, and Elliana Walmsley.

Who is Jenna Valenzuela?

Jenna Valenzuela is an American dancer and performer. Jenna is known for dancing at Club Dance Studio in Mesa, Arizona.

She participated in 8th season America’s Got Talent as a part of the five-piece dance troupe Fresh Faces. They trained in styles like jazz, hip hop, ballet, lyrical, acro and tap. The other members were Jaycee Wilkins, Brynn Rumfallo, Bostyn Brown and Dylynn Jones.

She became the 3rd overall teen soloist at the 24 Seven Dance Competition in Reno, Nevada in November 2017.

Jenna Valenzuela was born on 14th January 2003 in Arizona, USA. She is the daughter of Michael Valenzuela and April Valenzuela. She is the eldest child with three younger brothers and two younger sisters.

She trained at Club Dance Studio in Mesa, Arizona.

When Jenna was three years old, she watched The Nutcracker and fell in love with the character of Clara and wanted to become like her. She started taking part in the competition since then.

Jenna participated in the reality competition America’s Got Talent as a part of the Fresh Faces group. Since the show, she gained fame. Likewise, she auditioned for the second time.

Jenna has blonde hair and blue eyes. She is 5 feet 2 inches tall.