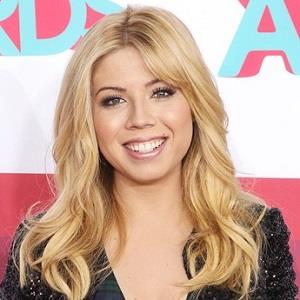 No matter who or what you support, I believe in supporting fairness first.

A cute outfit can really make your day. If I wear something I look good in, my mood just goes way up.

Although Jennette McCurdy’s career took on a successful height, her love life couldn’t do so. She was always found in on and off relationships. Previously, she was in a relationship with Graham Patrick Martin from the year of 2004.

After onward she started seeing Max Ehrich from 2010 which soon ended in 2011. Then she had an encounter with Andre Drummond in 2013.

Talking about the relationship status, Jennette is possibly found to be single.

Who is Jennette McCurdy?

Young and talented Jennette McCurdy is an American actress and screenwriter who is best known for the role of Sam Puckett on the Nickelodeon sitcom ‘Icarly’ and has her own spin-off show on the same network ‘Sam & Cat’.

She is also commonly known as a singer, songwriter, and record producer.

Born as ‘Jennette Michelle Faye McCurdy’ in Los Angeles, California, USA on June 26, 1992. She grew up in Garden Grove, California, and has three brothers Marcus, Scott, and Dustin.

Her father is Mark and her mother is Debra McCurdy.

She holds an American nationality and has a mixed ethnicity of Irish, French, Swedish, Italian, English. She began to build interest in acting after watching Star Wars Episode IV: A New Hope.

In childhood, her mother suffered from breast cancer which was cured successfully. At the age of 8, she started to appear on the television sitcom. She is known for the Net-Net, Nettie, and Nette nicknames.

Jennette McCurdy began her acting career from 2000 appearing on numerous sitcom including Mad TV, CSI: Crime Scene Investigation, Malcolm in the Middle, Lincoln Heights, and much more. In 2001, she debuted in the movie Shadow Fury portraying the character of Anna Markov.

In 2003, she had a chance to work on with her inspiration Harrison Ford in the film Hollywood Homicide. She is gaining name and fame with her acting skills. Her career took onto a successful path when she made her starring role in Nickelodeon TV series Icandy portraying her character as ‘Sam Puckett’.

She engaged with the series till 2012 and started her own spin-off show on the same network ‘Sam & Cat’ alongside Ariana Grande. She played the character of Sam Puckett and Grande as Cat Valentine. After working for a while she accused Nickelodeon of paying more salary to Grande due to which the show got canceled after one season.

Then she launched her online show ‘What’s Next for Sarah’ on August 12, 2014, where she was the writer, producer, and editor of the show. She has been nominated and won various awards in her acting career. With her impressive acting, she has been successful in impressing her fans and critics.

Besides her acting journey, she is also a singer who has released albums like ‘Not That Far Away’, and ‘Jennette McCurdy’.  She is also a writer who has begun writing articles in the Wall Street Journal and is a columnist for Seventeen magazine.


Rising actress Jennette was rumored of a feud with her co-star Ariana Grande from ‘Sam & Cat’. She had also accused Nickelodeon of giving more salary to her co-star.