Jennie Garth has been married three times in her life. Her first husband was Daniel Clark. Jennie and Daniel got married in the year 1994. After two years of their marriage, they divorced in 1996. After that, she got married for the second time with the famous American actor and producer Peter Facinelli. The couple got married on 20 January 2001.

They together had three children named Luca Bella Facinelli, Fiona Eve Facinelli, and Lola Ray Facinelli. The couple was together for over a decade. Their relationship ended in divorce on 11 June 2013. After that, she began dating the handsome American actor Dave Abrams in mid-2014. After a year, they became engaged in April 2015. The couple got married on 11 July 2015. Jennie and Dave have been married for two years now and their relationship is still going very well. 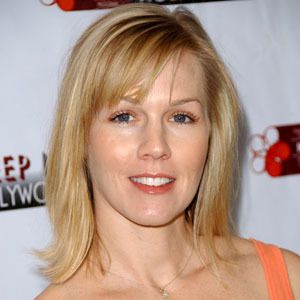 and I feel very blessed with our children. We didn't plan any one of them but higher forces and recognizing priorities helped us along the way. We can't wait to meet this newest addition to our family!

Marriages aren't easy, and we're just like any other couple. We have our roadblocks, but we get around them, and our family prevails. We are so happy we have a normal, grounded life to keep us centered.

Who is Jennie Garth?

Jennie Garth is an American actress. She is known for starring as Kelly Taylor throughout the Beverly Hills, 90210 franchise (1990–2000). She is also popular for her role as Valerie Tyler on the sitcom What I Like About You (2002–06). In 2012, she starred in her own reality show, Jennie Garth: A Little Bit Country on CMT.

Jennie Garth was born Jennifer Eve Garth on 3 April 1972, in Urbana, Illinois, USA. She is 49 years old. Her nationality is American and she is of Italian-American ethnicity.

She is the youngest of seven children of Carolyn Garth and John Garth, but she is the only child of both. She spent her childhood in Sadorus and Arcola, Illinois. Her family settled in Glendale, Arizona when Garth was around thirteen years old.

Jennie was first discovered at a local talent competition by Hollywood scout and manager, Randy James.

She studied dance and modeling as a child. She attended Greenway High School as a freshman and transferred to Apollo High School in her sophomore year. She later dropped out of school to pursue her career as an actress.

Jennie has been an active member of the film industry since 1989. She landed her first role in the television sitcom Growing Pains as Denise.

She won a Young Artist Award and was nominated for a Teen Choice Award for the role. She was also instrumental in launching the spin-offs Melrose Place and 90210, with the character of Kelly becoming a continuity icon by appearing in most franchise episodes.

In September 2008, Garth returned to the role of Kelly Taylor on the series premiere of The CW’s spin-off series 90210.

That same year, she won the “Prism Awards- Outstanding Performance in a Miniseries” for her role in Girl, Positive. In 2012, she starred in her own reality show, Jennie Garth: A Little Bit Country on CMT.

Jennie Garth: Salary and Net Worth

Throughout her successful acting career, she has accumulated a net worth of 8 million dollars as of 2022, but his salary is not revealed yet.

There were rumors that Jennie has some feud with her fellow co-star Tiffani Thiessen, but Jennie has slammed these rumors and called them false.

It was said that her on-screen boyfriend Ian Ziering had a fancy for her. There are rumors circulating about the possibility of a Beverly Hills 90210 reunion. Jennie has been open to this idea and welcomes it wholeheartedly.

Jennie has a height of 5 feet 5 inches and 36-26-36 inches body. She weighs 62 kg though there have been some wide fluctuations in her weight since she has gained some kilos now. Her hairs are blonde while her eyes are hazel.

American actress Jennie Garth’s stroll in LA on a hot day! A look at her heart condition called Mitral Valve Prolapse and its implications!