In 2017, she was once rumored to have an affair with BTS band member RM. This couple was seen departing from a restaurant.

Then in Oct 2018, Jennie started to date Kim Jong-in aka Kai. He is one of the band’s members of Exo. They together attended the Paris Fashion Week. Their affairs rumors were confirmed by SM Entertainment who manages band Exo.

But this relationship was only for a short time. As in Jan 2019, the news of this couple’s break up was confirmed. 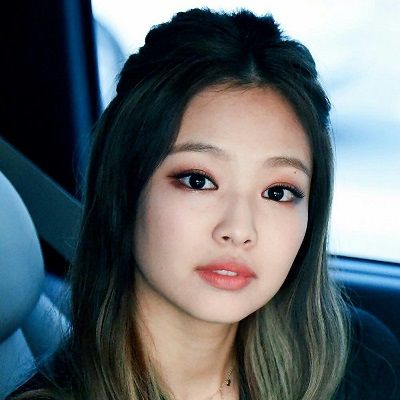 I think by having solo projects, it allows us to expand our music range. There's a type of music and concept we can do as a group and do as solo artists, I think by working on both of these projects our audience can get a fuller sense of us as artists, so I hope it benefits us both ways

Blackpink is number one. we will continue to work hard to revive much love and support from fans

Who is Jennie Kim?

Jennie Kim is a South Korean singer, rapper, and model. She is one of the members of the K-pop band Blackpink.

Jennie is related to K-pop, dance-pop, and hip hop. Her TV appearances were in Running Man and Village Survival, the Eight in 2018.

Jennie was born on Jan 16, 1996, in Cheongdam-dong, Seoul, South Korea. In Korean, her name is written as 김제니.

Her mother is the director and shareholder of the CJ E&M company and her father is a hospital owner. She holds Asian ethnicity.

After moving back to South Korea, she first joined Cheongdam Middle School and later went to Chungdam High School.

Jennie was first seen in the music video for G-Dragon‘s single That XX. She then joined the YG Entertainment’s band Black Pink. It is a four girls group band that was formed on Aug 8, 2016.

This group’s other members are Jisoo, Rose, and Lisa. They released their debut EP, Square One, on August 8, 2016.

Jennie’s single song Solo came out on Nov 12, 2018. This song’s direction was done by Han Sa-min in the United Kingdom.

As a model, Jennie along with her band’s members has modeled for magazines like Nylon Japan, South Korea’s 1st Look, Elle Korea, and Singapore’s Teenage.

This singer has an estimated net worth of $8 million US.

Jennie Kim has black cat-like eyes and black hair. Her height is 5 ft 4 inches and weight is 48kg.

Jennie Kim’s Instagram has around 23.4 million followers and has posted over 494 posts. She usually posts photos of her and with animals in it.

Her Facebook page has over 205k followers and was created on June 5, 2016. She is also active on Twitter since Dec 2013 and has around 97k followers.