Jennifer Ashton is an American physician, author, and TV correspondent.

They were first introduced by a mutual friend in 2021.

Previously, Jennifer was married to Robert Ashton Jr. who is a thoracic and cardiac surgeon. They walked the aisle on 18 May 1996 and together has two children. Their son’s name is Alex and their daughter’s name is Chloe.

But this conjugal relationship ended in Jan of the year 2017. 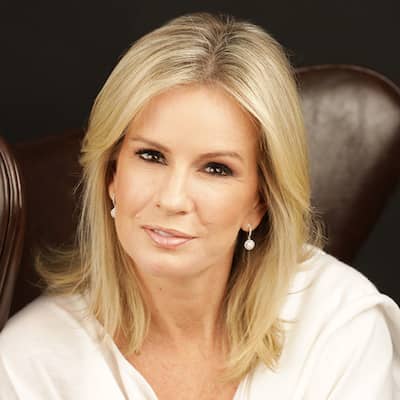 Who is Jennifer Ashton?

She often appears in events related to women’s health issues.

Her birthdate is 23 April 1969 and she was born in George Air Force Base, California, the US as Jennifer Lee Garfein. The name of her mother is Dorothy Garfein (nurse) and her father’s identity is Oscar Garfein (cardiologist).

Further, her ancestry is Caucasian and has a brother named Evan Garfein.

As per her academics, she first attended Horace Mann School and then Columbia College, Columbia University. From the latter, she studied bachelor’s degree in art history.

Further, Jennifer enrolled at Columbia College of Physicians and Surgeons from where she received a medical degree in 2000. Her master’s in nutrition is completed from Columbia University.

Jennifer Ashton works as an attending physician at Englewood Hospital and Medical Center. She joined CBS News as Medical Correspondent from 2009 till 2011. From Oct 2013 to 2016, she worked for CBS Television Studios as co-host of The Doctors TV Show.

Then she was with Fitness Magazine as their medical advisory from May 2013 – 2017. In Oct 2012, she was appointed by ABC News as their Chief Medical Correspondent. She is still with the company working effectively.  Jennifer also writes for Hearst Magazines.

By the data of 2022, she has an estimated net worth of $8 million. But her per-month salary is not yet announced.

She owns a private clinical practice named Hygeia Gynecology that is situated in Englewood, New Jersey.

This ABC News reporter is keeping herself away from scandals along with desperate rumors.

Jennifer Ashton’s height is 5 ft 9 inches and her body weight is 60 kg. Moreover, she has blonde hair and has eyes in grey color.