Jennifer Bassey is a multiple Daytime Emmy Nominated actress and theatre artist. Bassey is renowned as Marian Colby of All My Children and Beverly Newman of Anacostia. She is married to George Bamford. 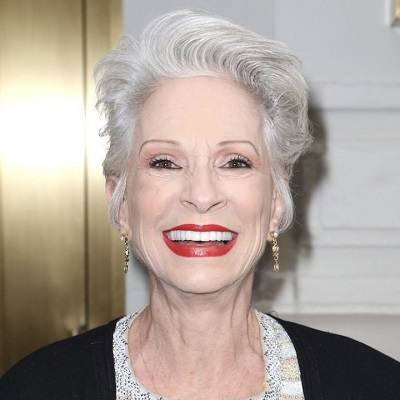 What is the relationship of Jennifer Bassey?

Jennifer Bassey is married to the actor, George Bamford. They married on the 9th of April 2018. The wedding took place in City Clerk’s Office in New York City in a short and sweet manner officiated by Angel.

The couple first met each other via a mutual friend. Later, the couple got engaged to each other in November 2016.

Before that, she was married to the writer and producer, Luther Davis. They married in 2005. Unfortunately, Luther passed away on 19th July 2008.

Before that, was married to the attorney, Roy F. Emery. They married in 1971. After twenty years, Roy passed away. She has a stepson, Christopher Emery from Roy’s previous marriage. Also, she has a daughter whose details are unknown.

Who is Jennifer Bassey?

Jennifer Bassey is a multiple Daytime Emmy Nominated actress and theatre artist. Bassey is renowned as Marian Colby of All My Children and Beverly Newman of Anacostia.

Last, in 2020, she made her appearance in the movie, Kombucha Cure as Hanna Nowacki.

Next, she will make her appearance in the movie, Magic in Mount Holly as Mrs. Halsen. Currently, the movie is in post-production.

Also, her upcoming TV series, The Church of Mike is announced. In the series, she will make her appearance as Mrs. MacAuley.

Jennifer Bassey was born on 2nd July 1942 in Chicago, Illinois. She is of British-Irish ethnicity.

To date, she has not shared any details on his family background including his father, mother, and siblings.

Moving to her academics, she graduated from the Royal Academy of Dramatic Arts with Honors in History. Before joining she took her first job as a playboy bunny in the first playboy club. After graduating from drama school, she started working in various Off-Broadway plays.

However, she got her widely recognized with that the ABC’s soap opera, All My Children (1983-2011) as Marian Colby Chandler. The series became one of a milestone of her acting career. In 2011, she appeared in the soap for the last time completed her 110 episodes on the soap.

Following the fame from the soap, she made her movie debut with the comedy-horror, Waxwork as Mrs. Loftmore. Later, she appeared in various movies including The Platinum Triangle, The Ladies on Sweet Street, and Twogether.

Last, in 2020, she featured the romantic movie, Until We Meet Again as Linda Davis Thompson. As of now, she is busy with her upcoming projects.

As of 2022, she has an estimated net worth of $3 million. Her earnings as an actress are in the range of $21k to $215k. Besides that, she also makes through her career as a theater artist.

She has brown eyes with light hair. She has a decent height and weight. However, details on her body stats are not available.

Back in 2015, she came into headlines when she has a dispute with a flight attendant. Due to this reason, she was forced off from commercial airlines, Delta Air Lines.