Jennifer Candy’s relationship status is married. She is living with her husband, Bryan Sullivan whom she exchanged vows on 27 Oct 2012.

Her son’s name is Finley and she posted a picture of them on social media where they are enjoying themselves in the swimming pool. 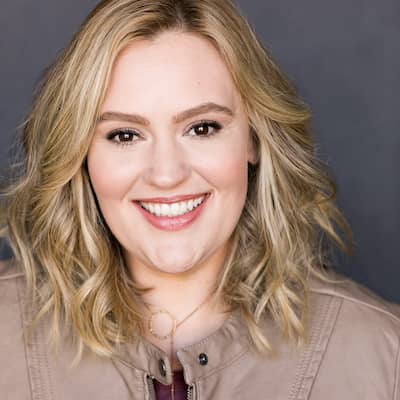 Who is Jennifer Candy?

Her birthdate is 03 Feb 1980 and she was born in Toronto, Canada as Jennifer Anne Candy. The name of her mother is Rosemary Margaret Hobor and her father was John Candy.

Her dad was an actor who passed away in 1994 due to a heart attack. Jennifer’s ancestry is Caucasian and has a younger brother named Chris Candy.

As per her academics, she attended and graduated from Loyola Marymount University in 2002.

Jennifer Candy as an actress was first seen in the short TV series Camp Candy (1990-92). She then briefly appeared in Bobby’s World, MADtv, According to Jim, The Defenders, etc.

Similarly, Jennifer is also a producer and produced 41 episodes of Prom Queen plus five episodes of Cockpit. She also co-produced Foreign Body (2008), as well as Sam, Has 7 Friends (2006).

Her estimated net worth of around $1 million as of 2022. She has not disclosed the details of her salary.

Her late dad John had assets worth $15 million.

This In Vino star is keeping herself away from rumors and desperate scandals.

Regarding Jennifer Candy’s body features, her height is 5 ft 8 inches and her body weight is average.

Moreover, her eyes are brown with long hair in brown color.