Updated On November 15, 2022 | Published By: Neil Richard
Share this
Divorce 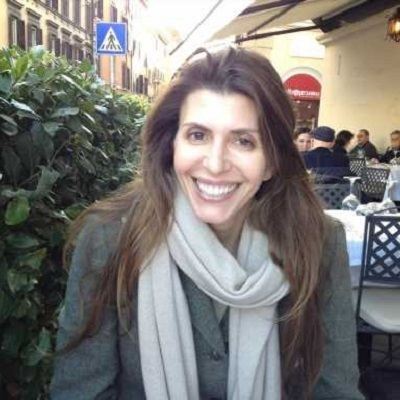 'It was not like this when my husband Fotis was not here. We had more room. I and she (and he, somewhere afar) slept better. But if Fotis is to come back (he leaves again today) next Tuesday, then we do have to get this dealt with. Which may mean her crying, but it's just

I wish I were a stronger person and that confrontation did not both scare and appall me. I just need quiet, peace and calm,

What is the relationship of Jennifer Dulos?

Jennifer Dulos was married to Fotis Dulos. He was a luxury home developer.

The wedding took place in 2004 in Manhattan. Together, they have five children including two sets of twins. The children’s ages range from 8 to 13.

The estranged couple’s relationship had a bitter ending with a divorce that Jennifer filled the divorce on the 20th of June 2017.

The major issue in their divorce was the children’s custody. However, the divorce was officially when Jennifer went on missing and Fotis committing suicide.

Currently, Jennifer’s mother has custody of the children.

On the 28th of January 2020, her husband committed suicide by poisoning himself with carbon monoxide via his SUV. On the 30th of January, he was pronounced dead at Jacobi Medical Center.

Who is Jennifer Dulos?

Jennifer Dulos is a writer and blogger. She went missing on the 24th of May 2019.

Last, on the 28th of January 2020, her husband, Fotis Dulos was found dead at his house in Farmington, Connecticut.

Jennifer was born on the 27th of September 1968 in the United States. Her mother, Gloria Farber is of Jewish-Germanic ethnicity.

She also has a sister, Melissa Irene Farber.

Jennifer Dulos graduated from Brown University. Later, she received a master’s degree from the New York University Tisch School of the Arts with Honors in Writing.

Talking about their professional career, she is a writer. She contributed her writing to the website named Patch. Also, she had her blogging sites named five make seven.

However, talking about their net worth, her mother, Gloria lives in an apartment on Fifth Avenue in the East 70s. The current worth of the apartment is around $7 million. Besides that, she also owns a similar estate in Pound Ridge.

After the death of her husband Fotis, his net worth was evaluated to be less than $300.

Jennifer was last seen on the 24th of May 2019. Last, she dropped her children at their school, New Canaan Country School. After she went on missing. Later, two of her friends reported the missing.

During the missing investigation, the police officials found blood in her garage. The further development in the case revealed that the blood belonged to her indicates a serious assault. Also, the videotapes were found where her husband and his girlfriend were captured dumping garbage back that contains Jennifer’s blood.

The development and the authorities of the case suggest that Jennifer was brutally murdered during a violent attack at her home in New Canann. However, her body was never found.

In the case, the police authorities suspected her husband, Fotis was behind it. Later, on the 7th of January 2020, Connecticut State Police arrested him in charge of the capital murder and kidnapping related to her disappearance.

Jennifer Dulos has dark brown eyes with brunette hair. Her height is 5 feet 7 inches and has a decent weight.