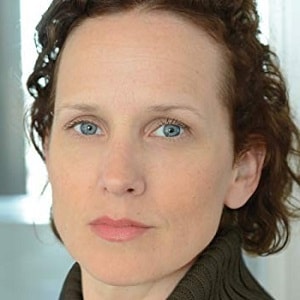 Jennifer Dundas is still single. She has not been linked with anyone. She might be focused on her career and she might be searching for the perfect one. As she likes to keep her personal information within herself, it is hard to predict her current relationship status.

Who is Jennifer Dundas?

Jennifer Dundas is an American actress and she is best known for her role as Chris Paradis in ‘The First Wives Club’. She is also well recognized for her performance in the TV shows like ‘Anastasia: The Mystery of Anna’, ‘Desperate Housewives’, and ‘Law and Order: Criminal Intent’.

Jennifer was born on January 14, 1971, in Boston, Massachusetts, USA. She is currently 48 years old. Jennifer has not provided any information regarding her family, siblings, and childhood. She used to travel a lot with her mother and her three brothers.

Jennifer holds American citizenship but her ethnicity is unknown.

She attended Brown University and started her New-York based career that featured mostly stage credits.

Jennifer Dundas debuted her carer as a child actor and made her Broadway, TV and film debut at the age of 10,11, and 12 respectively. She debuted her television career from the role of Gloria Vanderbilt in ‘Little Gloria… Happy at Last’ in 1982.

Jennifer Dundas won National Board of Review in the category Best Acting by an Ensemble for ‘The First Wives Club’ in 1996.

The talented actress has an estimated net worth of around $3 million. However, Jennifer’s salary and net worth are under review.

Jennifer is very secretive in nature and she has not been involved in any type of rumors and controversies in her career.