Jennifer Finnigan is an award-winning Canadian actress who was featured in The Bold and the Beautiful. Jennifer is married to Jonathan Silverman. 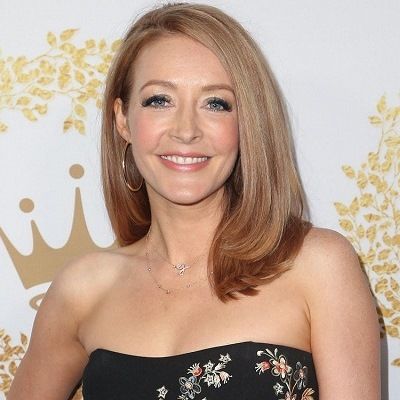 'Monday Mornings' is so utterly different - in so many ways - from anything else I've done, really. I also desperately wanted an ensemble piece, but I couldn't have dreamed of being a part of something like this. I am so lucky.

I know it's a cliche, but I've been happy to go to work every day.

My favorite genre of movies growing up was the romantic comedy.

Jennifer Finnigan is married to started Jonathan Silverman on 7th June 2007, on the island of Mykonos in Greece. They have a daughter named Ella Jack Silverman.

She started dating an actor in the early 2000s. The couple announced their engagement in 2004.

Who is Jennifer Finnigan?

Jennifer Finnigan is an eminent Canadian model, actress, who is well known for her role as Bridget Forrester in the American soap opera The Bold and the Beautiful from 2000 to 2004.

Likely, she also appeared on the CBS legal drama Close to Home and the ABC sitcom Better with You. Finnigan also starred in the FX series Tyrant. Then, she later starred in the CBS thriller drama Salvation.

Jennifer Finnigan was born in Montreal, Quebec, Canada on August 22, 1979. Her birth name is Jennifer Christina Finnigan and she is currently 39 years old.

Her father’s name is Jack Finnigan (radio personality) and her mother’s name is  Diane Rioux Finnigan (homemaker). Since her childhood, Jennifer had a keen interest in art and craft. She also attended swing dance lessons.

There is no information about her siblings. Jennifer holds American- Canadian citizenship. Her ethnicity is Irish. Her birth sign is Leo.

Talking about Jennifer’s education history, she attended The Sacred Heart School of Montreal and graduated in 1996.

Talking about her profession, Jennifer made her acting debut in the year 1996, with a small role in the TV series titled ‘My Hometown.’ She also appeared in one of its episodes, titled ‘I’ll Recognize You,’ playing the role of ‘Sylvia.’

Similarly, she appeared in the American–Canadian children’s mystery series titled ‘The Mystery Files of Shelby Woo’ 2 years later. Also, she appeared as ‘Christie Sayers’ in three episodes of the series, namely, ‘The Egg Mystery,’ ‘The Itchy Shorts Mystery,’ and ‘The Robot Mystery.’ In the year 1999, she appeared as ‘Vesper’ in an episode of the Canadian series ‘Big Wolf on Campus,’ titled ‘Muffy the Werewolf Slayer.’

Whereas, her performances had begun receiving appreciation with each passing role. The end of the 1990s proved to be extremely lucky for her, as she started getting bigger and better roles. During 1999, she appeared as one of the main cast members of the Canadian sitcom ‘Student Bodies.’ She essayed the role of ‘Kim McCloud’ in the third season of the sitcom, which garnered critical and commercial acclaim.

Eventually, her stint on ‘The Bold and the Beautiful’ ended in 2004. In the same year, she appeared in the recurring role of ‘Dr. Devan Maguire’ in the American crime-drama series ‘Crossing Jordan.’ She appeared in 10 episodes of the third and fourth seasons of the series. The series was met with immense critical and commercial success, which further helped her find a footing in the American entertainment industry.

During 2006, she finally made her film debut with the American film ‘High Hopes,’ in which she played ‘Morgan.’ In the late 2000s, she appeared in many TV films, such as ‘Inside the Box,’ ‘What Color Is Love?,’ ‘Wedding for One,’ and ‘The Last Christmas.’ During 2010, she bagged yet another lead role, this time, in the sitcom titled ‘Better with You.’ She played ‘Madeleine “Maddie” Putney’ in the sitcom. The series ran for one successful season, after which it was canceled.

Talking about her salary, net worth there isn’t any information about her salary . Her net worth is between $100,000 – $1 Million. Jennifer has endorsed or promoted brands like The D Las Vegas and Andiamo Italian Steakhouse.

Jennifer Finnigan has a height of 5 feet 7 inches and she weighs is 55Kg. Jennifer’s hair color is blonde and her eyes color is blue.