Jennifer Garner is an actress who was CIA secret agent Sydney Bristow in Alias.

Jennifer Garner has been married and divorced twice in her life. Her first husband was the famous American actor and filmmaker Scott Foley. The couple dated each other for several years and got married on 19 October 2000. After four years of their marriage, the couple divorced in March 2004. They didn’t have any children together.

She got married for the second time on 29 June 2005, with the American actor and filmmaker Ben Affleck.  They together had three children named Violet Affleck, Seraphina Rose Elizabeth Affleck, and Samuel Garner Affleck. They announced their intention to divorce in June 2015 and their divorce was finalized in April 2017. Since then, she has not been in any relationships and she is not having an affair with anyone. 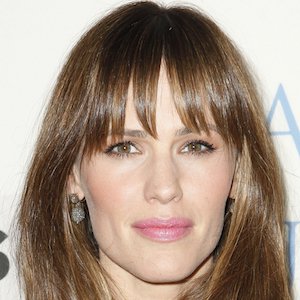 Well, you can't be trying to achieve success of any kind in this business without accepting that there's going to be a flip side to it.

Beauty comes from a life well lived. If you've lived well, your smile lines are in the right places, and your frown lines aren't too bad, what more do you need?

I don't have this fantasy about marriage anymore. Everyone says it takes hard work. Well, it kind of does - and I'm much more pragmatic about romance than I used to be.

Who is Jennifer Garner?

Jennifer Garner is an American actress. She is best known for portraying CIA secret agent Sydney Bristow in the thriller series Alias. For her performance on the series, she won a Golden Globe Award and a SAG Award and received four Emmy Award nominations.

Jennifer Garner was born as Jennifer Anne Garner on 17 April 1972, in Houston, Texas, USA. Her nationality is American and she is of English, German, and Swiss ethnicity.

Her father, William John Garner, worked as a chemical engineer for Union Carbide, and her mother, Patricia Ann was a homemaker and, later, an English teacher at a local college. She moved to Charleston, West Virginia at the age of three. She has an older sister named Melissa Wylie and a younger sister named Susannah Carpenter.

She attended a local United Methodist Church every Sunday and went to Vacation Bible School. She attended George Washington High School in Charleston. After that, she enrolled at Denison University in Granville, Ohio. After university graduation, she studied acting at the National Theater Institute at the Eugene O’Neill Theater Center in Waterford, Connecticut. In 1994, she graduated with a bachelor of fine arts degree in theater performance from the National Theater Institute.

Jennifer has been an active member in the industry since 1995. She made her acting debut playing Sasha in the 1995 film Danielle Steel’s Zoya. After moving to Los Angeles in 1997, she got her first leading role in the television movie Rose Hill. The same year, she made her first feature film appearance in the period drama Washington Square.

Jennifer appeared in the movie Wakefield, released in May 2017. She also appeared in the movie The Tribes of Palos Verdes, filmed in 2016. The movie will be released in 2017 and is under production. Jennifer will provide a voice for a character in Amusement Park, a 2018 movie. Currently, she is filming for the movie. Besides these, she will provide the voice for the animated preschool series Llama Llama.

She has a net worth of $80 million but her salary is unknown.

Jennifer has an athletic body with a height of 5 feet 8 inches and weighs 61 kg. Her hair color is dark brown and her eye color is hazel. Her body measurement is 34-27-35 inches and wears a bra size of 32B. Her dress size is 6(US) and her shoe size is 9(US).