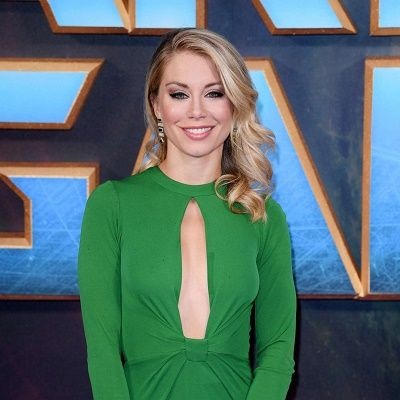 Animals don't get enough credit for all they're capable of emotionally

Even if friendship is had only briefly, it is a plus

Jennifer Holland is dating James Gunn since July 2015. James is an American filmmaker and musician.

James was previously married to Jenna Fischer in 2000 but their marriage did not work out so they divorced in 2008.

Who is Jennifer Holland?

Jennifer Holland is an American actress. Jennifer is known for Sun Records, American Horror Story, and American Pie Presents the Book of Love.

She played the role of Jackie in All the Wrong Places.

Jennifer Holland was born on 9th November 1987 in Chicago, Illinois, United States. Her parents expired due to alcohol abuse.

Her first acting role is in 2004 Interstate as a hitchhiker. After that, she appeared in The Sisterhood as Christine, Drake & Josh, Dante’s Cove as Tina.

In the year 2005, she appeared in the TV series CSI: Miami as Julie Gannon. After that, she played the role of Sorority Girl in House of the Dead 2.

Some of her roles include in Zoombie Strippers!, Assorted Nightmares: Janitor, Murderabilia and Cougar Town.

She played the role of Ashley in American Pie Presents: The Book of Love. She gained recognition for the role.

Some of her recent roles include in Days of Our Lives, Bones, Supah Ninjas, Level 26: Dark Revelations, All the Wrong Places, American Horror Story, The Glades, Rush Hour, Sun Records and Beauty Juice.

Her boyfriend James has an estimated net worth of $50 million US. Jennifer was a part of the movie American Pie Presents: The Book of Love which made box office collection of $5,021,219 US.

Jennifer is a light-eyed-blonde. She is 5 feet 5 inches tall and weighs around 55 kg.