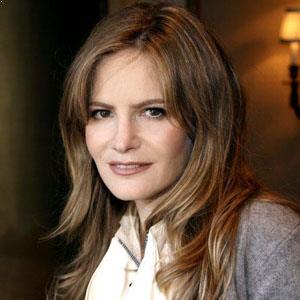 I used to hang out by the food table at parties because you don't have to talk to anybody. If you do then you can talk about the food

I love being in therapy. It's just constantly fulfilling for me

I could never play the ingenue, the girl next door or the very successful young doctor. That would be a bore.

Jennifer Jason Leigh is currently divorced. She was previously married to Noah Baumbach, an American writer for 5 years. They first dated for 4 years after getting together in 2001 and married on 2nd September 2005. The divorce was finalized in September 2013. The pair has a son from this marriage, Rohmer Emmanuel.

Who is Jennifer Jason Leigh?

Jennifer Jason Leigh is an American actress who has become a recurring face in show business. Having appeared in more than 90 movies and television series in her career, she is mostly praised for her role as Daisy Domergue in Quentin Tarantino’s The Hateful Eight and for her part in Charlie Kaufman’s Anomalisa as Lisa.

Jennifer was born on 5 February 1962 in Los Angeles, California. As of 2021, she is 59 years old. Her nationality is American and her ethnicity is Ashkenazi Jewish.

She was born to Vic Morrow, her father, and her mother, Barbara Turner. Her parents were Jewish and she changed her surname early in her acting career, taking the middle name “Jason” in honor of actor Jason Robards who was a family friend. Her parents divorced when she was just 2 years old.

Jennifer attended Pacific Palisades High School but dropped out from there six weeks short of graduation for her major role in the film Eyes of a Stranger.

Jennifer worked in her first film at the age of nine, in a non-speaking role for the film Death of a Stranger the Spy Who Never Was in 1976. She later attended summer acting workshops given by Lee Strasberg and landed a role in the Disney TV movie Walt Disney’s Wonderful World of Color: The Young Runaways at age 14. She was given Screen Actors Guild membership in an episode of the TV series Baretta at age 16.

She has since then appeared in several movies and television series and has more than 90 credits to her name as an actor. Some of the movies and television series that she has been part of include The Waltons, Wrong Is Right, Buried Alive, The Big Picture, Rush, Adventures from the Book of Virtues, Hercules, Revenge, Weeds, Twin Peaks among others.

Jennifer was selected as one of “America’s 10 Most Beautiful Women” by Harper’s Bazaar Magazine in 1989. She is well-known in Hollywood for the exhausting research she performs for each of her portrayals and for her affinity for playing lurid roles in different movies and television series.

She was nominated for the prestigious Academy Awards in 2016 for her performance in The Hateful Eight. She has been nominated for the Golden Globe Awards several times and has a total of 26 wins and 60 nominations to her name for various awards.

Although the exact figure of salary that this American actress makes is not known, her net worth is estimated to be around $5 million.

Rumors were that Jennifer Jason Leigh and Kevin Spacey had an affair long time back.

Jennifer was involved in a minor controversy over her use of language in the movie The Hateful Eight. She has not been involved in any other notable controversies to date.