Jennifer Katharine Gates is the eldest daughter of one of the world's richest people, Bill Gates. Jennifer is engaged to her boyfriend. 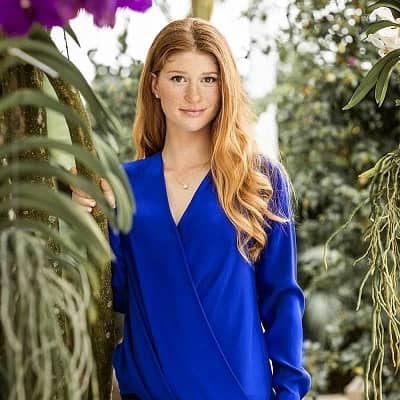 Jennifer Katharine Gates’ relationship status currently is engaged. She has exchanged rings with her boyfriend Nayel Nassar in Jan 2020.

Jennifer has been in a relationship with Nayel who is a 2013 graduate of Stanford.

Though Nassar was born in Chicago, he competes under his father’s flag, the House of Egypt.

And as a couple, Jennifer and Nassar tour cities while competing in equestrian events and sports. Jennifer looks upon Nassar as a professional, and herself as a learner when it comes to horses and horse riding.

Who is Jennifer Katharine Gates?

Similarly, Jennifer is an EQUUS star and a supporter of the EQUUS Foundation. She is also a supporter of several organizations that initiates improvement in the condition of working horses, mules, and donkeys worldwide.

Recently she participated in the Sunset Polo and White event in Wellington, Florida to raise awareness and funds for Brooke USA.

Jennifer is also known as the daughter of one of the world’s richest people, Bill Gates.

Jennifer was born on 26 April 1996 in Bellevue, Washington, United States, and is of Caucasian ethnicity.

She is the daughter of Bill Gates the co-founder of Microsoft Corp. and Melinda Gates works in various health-related sectors. She grew up with two siblings, her brother Roy and sister Phoebe.

Unlike her father, Jennifer showed a tendency towards horse riding and has participated in a number of horse riding competitions ever since she was a child.

At the same time, Jennifer joined Stanford University and studied biology. However, her preferred interest was to become a world-famous jockey.
As of 17 Jul 2019, Jennifer graduated from Stanford University. As a graduation gift from her parents, she received a $15.83 m US horse farm in Westchester, North Salem.
This fall, Jennifer resumes her studies at New York University, New York, in medicine.

Jennifer aspires to be a lifetime learner. As she competes in elite equestrian competitions, she is likewise preparing to start medical school later this year.

Also, Jennifer believes that since the LGC and GCL are international in scope, she will get more exposure and will be able to compete with the best of the best of equestrians.

Jennifer’s net worth is $20 million. As an equestrian, her earning is approximately $2 million per year.

She has a $5 million Carnegie Hill condominium that was purchased by her parents.

Bill Gates reportedly said: “When I first talked to him it was actually kind of scary how much he knew about my daughter’s appearance… Melinda (Bill Gates’ wife and Jennifer’s mom) didn’t like that too well.”

Jennifer Katharine Gates is honey blonde and blue eyes. Her height is 5 feet 9 inches and her body weight is 54 kg.