Posted by MarriedBiography Posted on May 19, 2021 | In Married , Net Worth , Pregnant
Share this 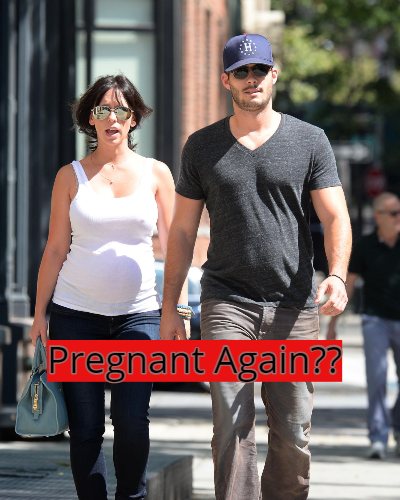 Jennifer Love Hewitt and Brian Hallisay are going to be parents again! Jennifer announced the third pregnancy on 18th May 2021. She revealed,

“We had always been open to a third, but definitely didn’t think in the crazy year that the entire world was having that it would necessarily be this moment. I feel like we’ve been able to so far raise two really special kids who will be great role models.”

Hewitt is very proud to keep the pregnancy a secret for a long time. In her TV series 9-1-1, she is playing a pregnant character. So the pregnancy actually came out to be true.

When did Jennifer and Brian Hallisay marry?

Jennifer Love Hewitt and Brian Hallisay walked down the aisle on 20th November 2013 just six days before their daughter Autumn James Hallisay was born. Their wedding ceremony was an intimate ceremony where she wore a cotton maxi dress that fit her due to her pregnancy. Her husband Brian had no plan to have a big celebration. She revealed,

How much is the net worth of Jennifer Love Hewitt?

Jennifer has a net worth of $22 million as per Celebrity Net Worth. Jennifer owned three homes in the Toluca Lake neighborhood. She sold the house to Hillary Duff for $1.7 million in 2006. With her husband Brian Hallisay, she bought a home in LA’s Pacific Palisades neighborhood for $3.25 million. In April 2020 they listed the home for $4.2 million.

The couple also owns a home in the same LA’s Pacific Palisades neighborhood for $6 million. Jennifer has worked in movies like Jewtopia, Cafe, Delgo, Tropic Thunder, Shortcut to Happiness, and more. Likewise, her main role in the TV series includes 9-1-1, Criminal Minds, The Client List, Ghost Whisperer, Time of Your Life, Party of Five, McKenna, The Byrds of Paradise, Shaky Ground, and Kids Incorporated.

Jennifer is an actress, singer, songwriter, producer as well as a director. Her successful second and third studio albums were released with Atlantic Records, Let’s Go Bang in 1995, and Jennifer Love Hewitt in 1996.

She had even starred as Melinda Gordon on the CBS supernatural drama Ghost Whisperer from 2005-2010.

Furthermore, she had starred in the Lifetime drama series The Client List from 2012 to 2013. She was also served as a producer on some of her film and television projects. Read more bio…

Surprise! Naomi Campbell, 50 is now mother to a daughter! Who is the baby’s father?
Tags : 9-1-1 Actress