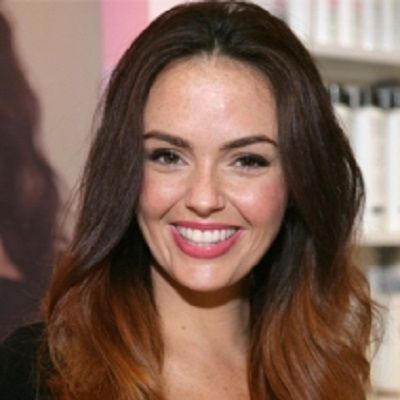 Jennifer Metcalfe is in a long-term relationship with partner Greg Lake (musician) since 2012. She shares a good bonding and chemistry with her boyfriend.

They have a baby boy together named Daye Colmic Lake. He was born on 20 June 2017.

Previously, she has dated several guys. She was in a relationship with Sean Stevens in 2006. However, their relationship did not last long and separated after a couple of months. Between 2007 and 2008, she dated a British footballer named Jermaine Pennant.

After splitting up with Pennant, she started dating Ziggy Lichman. However, they split in a couple of months after dating. After that, she dated Sylvain Longchambon for two years from 2010 to 2012.

Who is Jennifer Metcalfe?

Jennifer Joanne Metcalfe is an English actress popular for her portrayal of Mercedes McQueen in Hollyoaks since 2006.

Similarly, Metcalfe has also made appearances in the spin-off show Hollyoaks Later between 2008 and 2012 as Mercedes.

Jennifer was born on 4 September 1983 in Bradford, West Yorkshire. Her father’s name is Colin Metcalfe. However, her mother’s name is not revealed yet.

Similarly, her ethnicity remains unknown, too. She is of British nationality.

Metcalfe joined the Scala Kids drama school in her hometown. Furthermore, she has also obtained a degree in Health and Fitness.

Jennifer Metcalfe started acting at an early age of twelve. She appeared in various TV series. In 1998, she appeared in children’s TV series named “Where The Heart Is”. In that series, Jennifer portrayed the character of Kelly Garton.

Afterward, she appeared in an episode of TV series My Parents Are Aliens where she played the character of Katie Roberts in 1999. Moreover, in 2002, she played the role of Jade Nicholls in the popular TV series Emmerdale.

In 2006, she started portraying the character of Mercedes McQueen in the soap opera Hollyoaks. The show is watched and loved by the audience all around the globe and is considered to be her most popular role.

Furthermore, Metcalfe also appeared in a movie called Birthday Girl in 2009 portraying the character of Keeley.

In 2015, Jennifer won the Inside Soap Awards for the Sexiest Female. Similarly, she has also been nominated several times for many awards in different categories.

The British Soap Awards and Inside Soap Awards have nominated her for the categories of Best Actress and Sexiest Female between the years 2007 and 2010. However, she had to wait until 2015 to finally win the award of Sexiest Female.

The British actress is earning a very good amount of income from her acting career. She has an estimated net worth of around $2 million. However, her annual salary is currently under review. Her primary source of income remains acting.

Furthermore, the actress co-owns a clothing rental boutique named The Closet, in Liverpool alongside fellow Hollyoaks co-stars Claire Cooper and Leah Hackett, which opened in April 2010 and still is in business today. She earns a good amount from here, too.

There are no rumors or controversies surrounding the English actress so far.

Jennifer Metcalfe is around 5 ft 6 inches or 168 cm tall. Additionally, she weighs around 57 kg. Her body measurements for breasts, waist, and hips are 34-24-33.

This actress has dark brown hair and hazel colored eyes.

You may also like to read Emma Davies, Kate Phillips, and Scottie Thompson.