Director-screenwriter Jennifer Michelle Lee is a mother of one.

As of now, Jennifer Michelle Lee is in a relationship with Alfred Molina. He is an English-American actor and voice actor.

She confirmed her relationship with him in November 2019. The duo is still together and seemed to be happy with each other.

Lee was previously married to Robert Joseph Monn. The couple married on May 30, 1999, at the Rhode Island Country Club. But their separation date is not mentioned.

They also have their first child daughter Agatha Lee Monn on August 23, 2003. 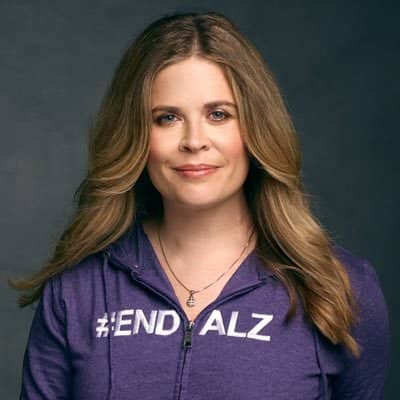 It was much more of an action-adventure, and we really wanted to go more musical, with more comedy. I made a commitment to writing the script with the songwriters, where you're going back and forth a lot. So we all had to be on the same page and have the same vision. I was getting excited about Bobby and Kristen's ideas (the husband-and-wife songwriting team of Robert Lopez and Kristen Anderson-Lopez)

they were getting excited about my ideas. Really, it's just about creating a very powerful, emotional story, but also having it be something that is a lot of fun and actually quite epic, something big.

We know what we made. But at the same time, I feel like once we hand the film over, it belongs to the world, so I don't like to say anything and let the fans talk. I think it's up to them. Disney films were made in different eras and were all celebrated for different reasons, but a 2013 film would have a 2013 point of view.

Who is Jennifer Michelle Lee?

Jennifer Michelle Lee is a film director and a screenwriter. She is the first female director of Walt Disney Animation Studios.

She is popular as the writer and director of Frozen and its sequel Frozen II. It earned her an Academy Award for Best Animated Feature.

The director was born on October 22, 1971. Her birthplace is in Barrington, Rhode Island, U.S.

Her father’s name is Saverio Rebecchi and likely her mother’s name is Linda Lee. Jennifer’s parents separated when she was at a young age. After that, she moved with her mother and lived in Rhode Island.

Likely, she has an older sister, Amy Michelle Le who is an English teacher. Talking about her nationality she’s American and belongs to English ethnicity.

She completed her education, Jennifer attended East Providence High School. And she studied at the University of New Hampshire for further education. She finished her bachelor’s degree in English in the year 1992.

Likely, Lee has her graduation from Columbia University School of the Arts‘ Film Program in 2005. She finished an MFA in film.

After being a quarter-finalist in the Nicholl Fellowships in Screenwriting competition in 2009, she was optioned by Appian Way Productions.

Likely in 2011, she gets the opportunity to join at Disney Animation in Burbank in writing Wreck-It Ralph. She was supposed to work until Ralph finished but continue working. No sooner, she worked along with Chris Buck as a screenwriter and later as co-director in Frozen. Her career takes a breakthrough after working on it.

Similarly, Lee delivered the commencement address at the University of New Hampshire on May 17, 2014. She shared her struggle in growing up and her experienced in works. Lee and Buck together co-direct a short film featuring the Frozen characters called Frozen Fever in March 2015.

After it, she worked in various Disney movies. She received the honor of Creative Leadership for her movie, Big Hero 6 in 2014 and also for Moana in 2016. Furthermore, Lee has worked with  Zootopia (2016), A Wrinkle in Time (2018). On March 12, 2015, Disney said that Lee and Buck are back co-directing a full-length sequel to Frozen.

Jennifer’s net worth is around $12 million. Her earning as a film director ranges from $30K to $215K.

She is also the first female director to earn over $1 billion in box office revenue for a feature film.

The director hasn’t been involved in any type of rumors and controversy until now.

Jennifer Michelle Lee stands with a height of 5 ft 10 inches and has a decent weight. Likely, she has blonde-colored hair with beautiful blue eyes.

You may also read the bio of Johnny Hazzard, Patricia Heaton, Sean Maguire, and Monica Horan.

Who will win the Miss World 2019? Top 20 Final Prediction! Know it all here