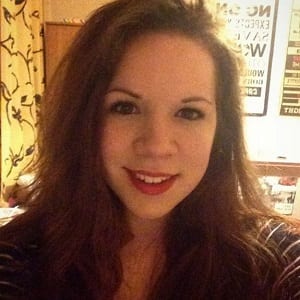 Jennifer Rae Daykin has kept the information about her love-life away from the media spotlight. There are no records available of her past and present relationships. At present, she is believed to be single.

Who is Jennifer Rae Daykin?

Jennifer Rae Daykin is an English actress. People mostly recognize her for her portrayal of Lily in the movie ‘Nanny McPhee’. Additionally, she has also appeared in ‘The Catherine Tate Show’.

Daykin initially began dancing and acting since an early age of four. Eventually, she made her screen debut with a small role in a short film titled ‘Harry’. Furthermore, she received widespread fame after she appeared in the movie ‘Nanny McPhee’ in 2005 as Lily. The movie also stars actors Emma Thompson, Thomas Brodie-Sangster, and Colin Firth. Since then, she has also appeared in several episodes of the TV series ‘The Catherine Tate Show’.

Daykin garnered the nomination for an ensemble Young Artist Award along with Holly Gibbs, and their fellow young castmates for their work in ‘Nanny McPhee’.

Daykin has not revealed her current salary. Additionally, there are no details available about her net worth at present.

Daykin has kept her life and career away from the mainstream media. She has not been part of any notable controversies in her career. Furthermore, at present, there are no rumors concerning Daykin and her career.

Talking about her body measurement, Daykin has a height of 5 feet 3 inches (1.6 m). Additionally, her hair color and eye color is dark brown.