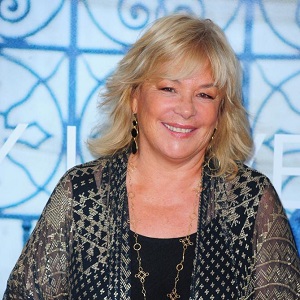 I never wrote. I also never really thought about being an actor. But when it was time to go to high school, we couldn't afford private school, so I tried out for all the special schools in New York.

Over the course of your life, you realize more and more who you are and how you want to spend your time. And it became clearer and clearer that I was very unhappy as an actress and didn't feel comfortable in my own skin. When I was younger, I thought it was because I wasn't successful enough.

Jennifer Salt was once a married woman. She was married to David Greenberg a long time ago. Salt and David got married on 6 June 1976. After two years of their marriage, the couple divorced on 15 February 1980.

They together had a son named Jonah Greenberg. Her son is a talent agent with CAA Beijing. After her divorce from David, she didn’t get married for the second time. There are no other records of her relationships.

Who is Jennifer Salt?

Jennifer Salt is an American producer, screenwriter, and former actress. As an actress, she is best known for playing the character Eunice Tate in the American sitcom Soap from 1977 to 1981.

She is also famous for her work as a producer, co-Producer, supervising producer, and executive producer in the American television drama series Nip/Tuck (2003-2010).

Jennifer was born on 4 September 1944, in Los Angeles, California, USA. Her parents were screenwriter Waldo Salt and actress Mary Davenport. Her stepmother was the writer, Eve Merriam.

She has a sister, Deborah Salt and er ethnicity is unknown.

She attended the High School of Performing Arts in New York City and graduated from Sarah Lawrence College. Her nationality is American but her ethnicity is unknown.

Jennifer Salt made her acting debut with a small role in the film Murder a la Mod in 1968. The following year, she appeared as Phoebe in The Wedding Party. She has also made several stage appearances. She won the 1971 Theatre World award as Estelle in the play, Father’s Day.

In 1990, she played the character, Cynthia, in The Marshall Chronicles. Her last acting role was as Helen Forchette in Lifestories in 1990. She is currently retired from acting and is working as a writer and producer.

From 2003 to 2010, she worked as a producer, co-Producer, supervising producer, and executive producer in the American television drama series Nip/Tuck. In 2006, she was nominated for a Writers Guild of America Award for the Nip/Tuck episode, Rhea Reynolds.

She has also written 9 episodes in the series. Her net worth and salary is undisclosed.

Jennifer Salt has a height of 5 feet 4 inches and her weight is unknown. Her hair color is dark brown and her eye color is brown. Her shoe size and dress size are unknown.