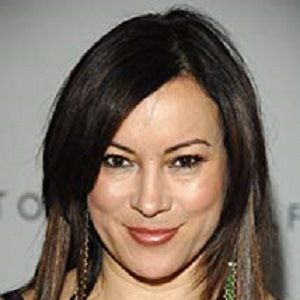 Spending time with Jim on a stage is an incredibly weird experience! I found myself unable to act seriously! Hard to shoot with the master of comedy!

People are always accusing me of having implants.

Jennifer Tilly was in a relationship with director and producer Sam Simon during the initial phases of her career in the early 1980s. But the couple got married in 1984 and divorced in 1991. Sam is known for one of the longest-running and most popular TV series of all time, ‘The Simpsons.’ Moreover, during 2004, she has been in a relationship with popular poker player Phil Laak.

Who is Jennifer Tilly?

Jennifer is an American-Canadian actress, voice actress, and poker player. Whereas, her first notable acting role was on the sitcom Shaping Up (1984), which she followed with her film debut in No Small Affair the same year. Similarly, she is well known for her distinctive voice and comedic timing. Additionally, she is also a World Series of Poker Ladies’ Event bracelet winner, the first celebrity to win a World Series tournament.

Tilly was born in Harbor City, Los Angeles, California, the United States on September 16, 1958, aged (60). She is the daughter of  Harry Chan(father) and Patricia Tilly (mother), her father was a car salesman, and her mother was a schoolteacher and a struggling actor.

Additionally, her parents separated when she was 5 years old. She has three siblings namely,  Meg Tilly, Rebecca Tilly, Steve Tilly. She belongs to Canadian- American nationality and mixed (Chinese- Irish) ethnicity. Her birth sign was Virgo.

On talking about her education, she attended the ‘Belmont High School,’. Then, she studied theater and received her BA degree from ‘Stephens College’ in Missouri.

On talking about her profession, her acting debut with the series ‘Boone’ and ‘Oh Madeline,’ she made her big-screen debut with the 1984 film ‘No Small Affair.’ Then, she also appeared in a number of small roles in ‘Inside Out,’ ‘Johnny Be Good,’ and ‘High Spirits.’ Similarly, she spent the 1980s playing roles which did not utilize the gorgeously good actor.

Moreover, the year 1989 witnessed her appearing in ‘The Fabulous Baker Boys.’ She also portrayed the role of a failing singer in the film. The director later said that he had written the role of keeping her in mind. During 1997, she also turned to comedy with the Jim Carrey starrer ‘Liar Liar’.

Her most noteworthy TV roles were for the series ‘Out of Practice,’ ‘Frasier,’ ‘CSI: Crime Scene Investigation,’ and ‘Spun Out.’ Whereas, she is not new to the animation series with her voice to celebrated animated series including  ‘Family Guy,’ ‘Stuart Little,’ and ‘The Simpsons.’

There is no information regarding her income, salary. Whereas, her net worth is around $ 25 million.

There was a rumor that, she was pregnant. Currently, there is no information about her rumors and controversies regarding her professional and personal career.

On talking about her body measurements, Jennifer has a height of 5 feet 7 inches. Additionally, she weighs is 68Kg. In addition, she has a measurement of 40-28-38 inches. Jennifer’s hair color is black and her eye color is brown.

Also, read the affair, salary, the net worth, controversy, and the bio of  Melissa Sue Anderson, Sage Brocklebank