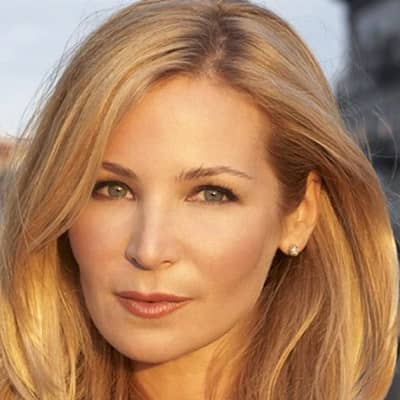 I want everyone on the set to get equal treatment and credit.

Well, you know, I'm quite a reluctant writer. I'm not someone who set out to be a writer or really wanted to be.

Previously, she was in a relationship with actor Jon Hamm since 1997. They owned homes in Los Angeles and New York City.

They also own a production company Point West Pictures and both were advocates of animal rescue.

However, Jon and Jennifer announced they were ending their relationship in September 2015.

Who is Jennifer Westfeldt?

Jennifer Westfeldt is an American actress, writer, producer, and director. She is best known for movies like Kissing Jessica Stein, Wonderful Town, and Friends with Kids.

This actress was born on February 2, 1970, in Connecticut, the United States. She belongs to English descent.

Her father’s name is Patrick McLoskey Westfeldt, Jr. who is an electrical engineer.

Her mother’s name is Constance ‘Connie’, who is a therapist. She has a sister named Amy.

Earlier, Jennifer Westfeldt started her career as a theater artist and has appeared in over 25 off-broadway. In 1997, she first came to Hollywood. The same year, she starred and co-wrote Lipschtick: The Story of Two Women Seeking the Perfect Shade. This actress caught the attention of Hollywood from this broadway.

Afterward, she appeared on Kissing Jessica Stein from which she gained huge popularity. This film won multiple national and international awards.

In 2004, Westfeldt starred on How to Lose Your Lover with Paul Schneider. After the gap of two years, she wrote, produced, and starred in the romantic film Ira & Abby alongside Chris Messina. Jennifer and this film won several awards including ‘Best Actress’, ‘Audience Award for Best Feature’, and Jury Prize.

She made her directorial debut in 2011 movie Friends with Kids. She also wrote, starred, and produced this movie. Earlier, this actress was cast in a regular role for a series Two Guys, a Girl, and a Pizza Place, during its first season.

She has played roles on numerous television series and sitcoms like Judging Amy, Notes from the Underbelly, Grey’s Anatomy, Dante, Hack, Snoops, and more. She has also starred in the TV movie Before You Say I Do.

Westfeldt was a guest star on Numb3rs and the show 24 in 2010. In addition to acting, she also provides a voice in the Martha Speaks episodes Cora! Cora! Cora! and Cora Encore!

Her off-broadway plays include Wonderful Town, Finks, Three Sisters, The Library, and more. Later in 2017, Jennifer played in the television series ‘Younger’.

The average salary of an actor in the US is estimated at $56,000. Meanwhile, according to some sources, the estimated net worth of Jennifer is $5 million.

Jon Hamm and Westfeldt breakup news were really sad for their fans. Rumors were circulating that their reunion might be on the horizon for the former couple.

After their split, Jennifer was seen walking arm in arm with Diane Sawyer’s late husband Mike Nichols, in 2017 in NYC, making it the first time the estranged pair.

She stands 5 feet 7 inches tall and weighs 55 kg. Likely, she has blonde hair and green eyes.