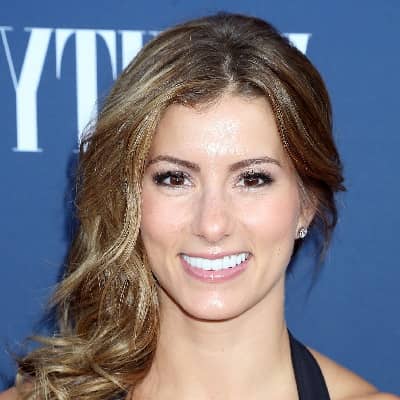 Jennifer Widerstrom is possibly single as of Nov 2020.

Once she said she was dating a guy named Jacob on 8 February 2016. She posted a photo on Instagram mentioning him as her boyfriend. But later it was called as a part of her joke.

However, she was also rumored to be in a relationship with Jessie Pavelka.

Jennifer Widerstrom is an American health and fitness model, and personal trainer. She is the trainer on the American version of the television series The Biggest Loser.

Jennifer was born on August 24, 1982, in Downers Grove, Illinois, USA.  She holds American citizenship and belongs to British and English ethnicity.

Jennifer was interested in physical activities from her childhood.

During his school days, Jennifer participated in diving, gymnastics, and athletic events. Completing her high school graduation, she enrolled at the University of Kansas.

After finishing her education, Jennifer determined to pursue her career in the field of fitness. She started working as a personal trainer and fitness model.

Jennifer was the trainer on NBC’s reality show The Biggest Loser replacing Jillian Michaels. Furthermore, she worked alongside Bob Harper and Jessie Pavelka. Furthermore, she also appeared on American Gladiators, as the female gladiator Phoenix, in 2008 for its second season.

Additionally, she appeared on various television shows like American Gladiators, The Talk, Home & Family, and Celebrity Page. And currently, she works in the show, Daily Blast Live.

Likewise, the model appeared in the 2015 documentary titled Why Am I So Fat?. Jennifer is also an author. In the year 2017, she wrote Diet Right for Your Personality Type: The Revolutionary 4-Week Weight-Loss Plan That Works for You.

Along with her fitness career, Jennifer is also in charity. She worked with The Goodwill Military Tours in raising troops’ morale. In addition, she has volunteered at various orphanages and schools, helping through sports and gymnastics.

She has a net worth of around $7 million. According to some sources, the average salary of the fitness model is $44,466 per year. So being a fitness model she must have good earning.

To date, her names haven’t been linked in any sort of rumors and controversies.

Being a fitness freak, Jennifer Widerstrom has maintained her figure properly, with a body measurement of 36-27-36 inches.

She stands with a height of 5 feet 7 inches (173 cm). Her weight is 68 kg (150 lb). Likely, she has a beautiful face with blonde colored hair and dark brown colored eyes.

Furthermore, She has her own YouTube channel with over 9.5K subscribers.

“it’s never about fitting in a dress.”-Jen Widerstrom talks about her own weight-loss journey with the mind and body approach!