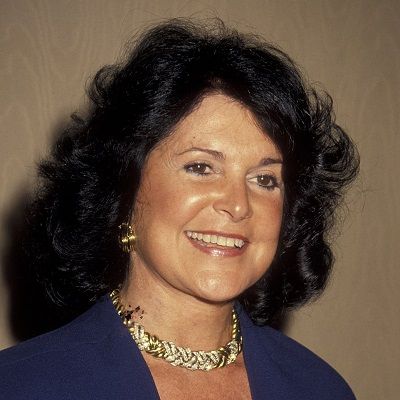 It's not what you do once in a while, it's what you do day in and day out that makes the difference

I don't believe in fad diets

She was married to Sidney Craig in 1979. Unfortunately, Mr. Craig passed away in 2008 at the age of 76. She has three children from this marriage.

She was also married to Bobby Bourcq earlier in 1954 from this marriage she has two children Michelle and Denise.

Who is Jenny Craig?

Jenny Craig is an American weight-loss guru and founder of Jenny Craig, Incorporated. In 1983, she and her husband formulated a fitness, weight loss, and nutritional program in Australia.

This eventually leads to the founding of the company Jenny Craig which was then brought over to the United States in 1985. It later became a part of Nestle Nutrition in 2006.

Jenny Craig was born as Genevieve Guidroz on August 7, 1932, in Berwick, Louisiana, United States, and was raised up in New Orleans, Louisiana.

Her father, James Guidroz, was a boat captain and part-time carpenter, while mother Gertrude grew her own vegetables.

In addition, she spent most of her childhood with her five siblings in the United States. She belongs to the Scottish-English heritage.

She has attended Southwestern Business School.

Jenny Craig studied at Southwestern Business School and worked as a dental hygienist for a time, but by her late 30s, she was married to a building contractor. She was the mother of two young daughters, Michelle and Denise.

After the baby was born, she remained 45 pounds overweight. Craig resolved to take action. She went to work, wanting to live a long and healthy life with her family.

To fix her figure, Craig went on a drastic diet and began attending an exercise class at Silhouette/American Health. Within a few months, she had lost 30 pounds. She then went to work for the health club in New Orleans and was eventually promoted to management. She began to see a need for health and diet education.

Craig met future husband Sid Craig in 1970 when he arrived in the New Orleans area to expand a chain of failing fitness centers he had just bought. In the 1990s, she held the title of president of Jenny Craig, Inc. Sid Craig was the company’s chief executive officer (CEO) and board chair at headquarters in suburban San Diego.

In 1999 she was a millionaire, and some of that wealth funded a health clinic in Mexico. The Craigs once sponsored Australia’s entire Olympic team.

In April 1995, while reposing in her favorite armchair and napping, Jenny was startled awake. It caused a strange medical anomaly that mimicked lockjaw but was not, as Craig was eventually able to pry her mouth open.

Though there seemed to be no imminent threat, Craig’s condition gradually worsened making it difficult for her to speak and eat.  In the spring of 1998, she was introduced to Dr. Dennis M. Nigro, a cosmetic surgeon. He assessed that Craig had suffered atrophying of her mouth muscles.

She underwent a four-and-a-half-hour operation and another year of speech therapy. Craig has since fully recovered from the debilitating condition.

Her net worth is estimated to be $300 Million. But her monthly earning is not disclosed.

Jenny Craig has black hair and brown eyes. Her height and weight are of average size.

You may also like to read about Ayesha Curry, Jessica Simpson, Kyle Godfrey-Ryan.