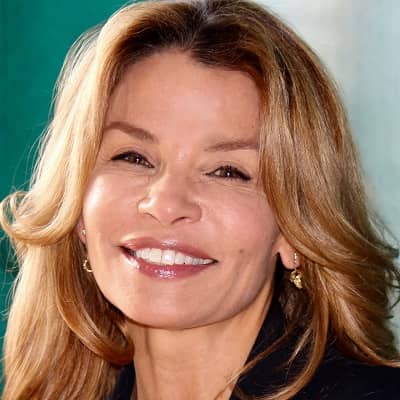 I suppose that there are writers that say, 'I write what I write and if people get it, great if they don't, whatever.' "But I don't feel that way. I feel very passionate about making connections with people. I want very much to be heard.

Jenny Lumet is a married woman. She exchanged her vows with Alex Weinstein in 2008. This couple together has a daughter.

Previously, she was married to an actor Bobby Cannavale in 1994, but this couple later, divorced in 2003. They have a son Jake Cannavale, an actor born on 1 May 1995.

Who is Jenny Lumet?

Jenny Lumet is an American screenwriter and actress. She is best known as the original screenplay writer of the 2008 movie Rachel Getting Married.

This actress was born on 2 January 1967, in New York, the United States. Her father‘s name is Sidney Lumet, who was a legendary director, and her mother‘s name is Gail Buckley.

She is the granddaughter of Baruch Lumet (paternal), and Lena Horne (maternal). She has an elder sister named Amy, who is a sound editor.

Jenny graduated from The Dalton School in 1984.

She is of Polish-Jewish descent from her paternal side and African America, Native American, and European from her maternal side.

Earlier, Jenny Lumet made her professional debut as an actress. She appeared small roles in her father’s movie Deathtrap and Running on Empty. Afterward, in 1990, Jenny played Nancy Bosch in the movie Q&A, from where she gained huge popularity.

She also made appearances in movies like Assassination and Dodgeball. Lumet made her debut as a writer in the 2008 film Rachel Getting Married. This movie garnered three awards for best screenplay and outstanding writing. She worked as a screenplay writer in the 2017 action-adventure film The Mummy.

Jenny also worked as a drama teacher at the Manhattan Country School. Later in 2018, she worked as a co-executive producer in Star Trek: Discovery. She also co-wrote Star Treks mini-episode ‘Runaway’.

Earlier, in 1975, Lumet worked as a voice artist in an animated film Everybody Rides the Carousel.

The salary of this actress is under review. Meanwhile, according to some sources, she has an estimated net worth of $1.2 million.

In 2017, Jenny accused entrepreneur Russell Simmons of sexual misconduct and forcing her into sex and locking her in his car in 1991. After this allegation, Russell quits his business empire.