Jenny McCarthy is an actor with a curvalicious figure. She is also an author, comedian, host. Jenny is married to Donnie Wahlberg since 2014 and has one child.

Jenny McCarthy is married to Donnie Wahlberg on 31st August 2014. Their wedding was an intimate one and their reception was in Hotel Baker in St. Charles, Illinois. Jenny and Donnie started dating since July 2013 and engaged in April 2014. Jenny announced live on The View that she and Wahlberg were engaged.

She had been in many relationships in her lifespan. Jenny first came in a relationship publicly with Ray Manzella from 1994 until 1998.

Later she had an affair with John Asher. After a year of a romantic relationship, she married Asher in September 1999. In 2002, Jenny became the mother of the son but in September 2005 Jenny and Asher got divorced.

Just after their divorce, Jenny came in a relationship with Jim Carrey but the couple didn’t announce it officially.

Till 2010 Jenny and Jim were in a live-in relationship and had no plans for their marriage until they decided to split up.

After being single for 3 years Jenny announced her relationship with Donnie Wahlberg. 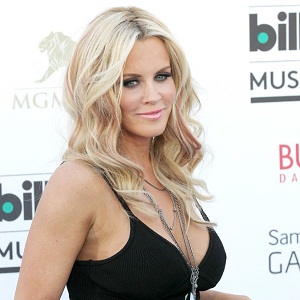 My philosophy of dating is to just fart right away

If you give us a safe vaccine, we'll use it. It shouldn't be polio versus autism

If you ask 99.9 percent of parents who have children with autism if we'd rather have the measles versus autism, we'd sign up for the measles.

Who is Jenny McCarthy?

She is also a co-host of the ABC talk show The View. Jenny has also promoted research into environmental causes and alternative medical treatments for autism.

Jenny also appeared at World Wrestling Federation as a guest valet for villain Shawn Michaels. She also worked as an actress in the horror movie Scream 3.

Jenny hosted her own self-titled talk show and starred in the sitcom Jenny.

Jenny McCarthy was born in Evergreen Park, Illinois, USA on November 1, 1972. His nationality is American and ethnicity is mixed(German, Irish, Croatian, Polish).

She is second older of her four sisters Lynette, Joanne, and Amy. Her father Daniel McCarthy is a steel mill foreman and her mother Linda is a courtroom custodian. She has three sisters: Joanne McCarthy, Lynette McCarthy, and Amy McCarthy. He has an elder brother, Mark Wahlberg, who is also an actor.

When she was young, she loved kickboxing.

She started her education at Mother McAuley Liberal Arts High School. Later she studied at Brother Rice High School and St. Laurence High School and she also participated as a cheerleader there. She studied her last two years at Southern Illinois University but dropped out due to a lack of funds.

Jenny started her career as a model for Playboy magazine and was offered $20,000. She became Playmate of the Year in 1993. Then she hosted the show Hot Rocks by Playboy TV. Later she hosted Singled Out which was an MTV dating show.

She also appeared at World Wrestling Federation (WWF) pay-per-view event WrestleMania XI. In 2008 she again appeared in the show to thank the fans for supporting Generation Rescue, an autism advocacy organization.

Her show The Jenny McCarthy Show, was sufficiently popular for NBC to sign her for an eponymous sitcom. She again posed for Playboy magazine in its September 1997 edition.

She also played in the movie Basketball, Diamonds, Scream 3, and Scary Movie 3. Later she produced, wrote, and starred in the movie Dirty Love along with her husband. She also starred in various television shows like Stacked, Charmed, The Drew Carey Show, Wings, Fastlane, Two and a Half Men and Just Shoot Me!

She also played the role of Agent Tanya in the video game Command and Conquer Red Alert 3 and fitness video game Your Shape. She was the host of season 2 of Love in the Wild.

She is also a co-writer of Jen-X, an autobiography.

Unlike every personality, Jenny was also involved in controversies. She was involved by posing on a toilet seat with her underwear near her ankles for a magazine advertisement. Once it was rumored that she was completely against children being vaccinated, potentially linking immunization shots to the development of autism. She has refuted these claims and asked for more critical thinking.

Jenny has a Curvaceous, buxom body with a height of 5 feet 7 inches. Her body weighs 55kg. She has Platinum blonde hair and blue eyes. Furthermore, her body measurements are 38-24-35 inches. Her bra size is 34D, shoe size is 8US and the dress size is 4US.

Rob Gronkowski and Camille Kostek talk about hooking before games! Their relationship