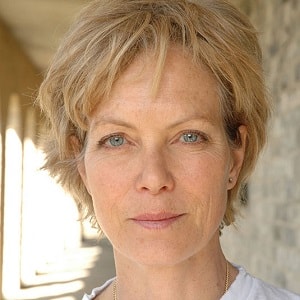 Jenny Seagrove was married to British and Indian actor, Madhav Sharma in 1984 but they got divorced in 1998,

Then she started dating film director, Michael Winner until 1993.

Since 1994, she has been in an affair with theatrical producer Bill Kenwright who is the chairman of Everton F.C. They both attained as a contestant on a charity edition of ITV1’s Who Wants to Be a Millionaire? And they won £1,000.

Who is Jenny Seagrove?

Jenny Seagrove is an English actress, singer and animal rights activist. She is known for her role as Jo Mills in the drama series ‘Judge John Deed’ from 2001-2007 and her voice acting role for a series of Waitrose television advertisements.

She was born on July 4, 1957, in Kuala Lumpur, Malaysia. She has a birth sign, Cancer. Her birth name is Jennifer Ann Seagrove. Her father’s name is Derek Seagrove and her mother’s name is Pauline Seagrove. Her parents were involved in an import-export firm and the family lived a privileged lifestyle.

But, her mother suffered a stroke and was unable to care for her when Jenny was less than a year old. Jenny suffered from bulimia in her early adulthood but she was recovered later. She holds British and Malaysian citizenship but her ethnicity is unknown.

She joined St. Hilary’s School on Godalming, Surrey, England when she was nine years old. She attended acting classes and took training form Bristol Old Vic Theatre School but her parents wanted her to become a professional cook.

She portrayed the title role in Jane Eyre at Chichester Festival Theatre in 1986, played as Ilona in The Guardsman at Theatre Clwyd in 1992, Bett in King Lear in New York at Chichester in 1992.

She played at various theatres as the title role in The Constant Wife, as Marion Brewster-Wright in the comedy Absurd Person Singular, as Julia in Fallen Angeles, as Laura Jesson in Theatre Roya; Windsor, and many more.

To talk about her film career, she starred alongside Rupert Everett in the short film A Shocking Accident in 1982, and she appeared in Local Hero in 1983. Her other major film includes Nate and Hayes(1983), Appointment with Death(1988), The Guardian(1990), Another Mother’s Son(2017), etc.

She debuted her television series in the 10-episode series of the BBC production Diana in 1984 where she played the role of Diana Gaylord-Sutton. Her other remarkable roles in series include as Emma Harte in A Woman Od Substance, Paula Fairley in Hold the Dream, Lille Langtry in Incident at Victoria Falls, Jo Mills in Judge John Deed, and so on.

She also works as an animal right activist and an advocate for deregulation of the herbal remedy industry in the U.K. and she promoted a vegetarian diet.

She was awarded Aftonbladet TV Prize, Sweden for the category Best Foreign TV Personality-Female in 1986. She became a nominee for the award Academy of Science Fiction, Fantasy and Horror Films, the U.S.A. in the category, Best Supporting Actress(The Guardian) in 1991, Cable ACE Awards in the category Actress in a Dramatic Series(The Hitchhiker) in 1987.

Jenny Seagrove: Net Worth and Salary

It is estimated that she has a net worth of around $13 million and her main source of income is from her professional career. Her salary is under review.

She does not like to talk much about her private life and she has not been engaged in any rumors and controversies.

She has a height of 5 ft. 6 inches and she weighs 75 kg. She has blonde hair and blue eyes. Other information about her dress size, shoe size, etc. are unavailable.