Jensen Ackles is an American actor as well as a director.

Jensen Ackles is a married person. He is in a long marital relationship with actress and model Danneel Ackles. The couple began dating in 2006, engaged in 2009 and subsequently tied the knot on May 15, 2010, in Dallas, Texas.

The couple is blessed with three children together. Their first daughter, Justice Jay “JJ” Ackles was born on May 30, 2013, and then they welcomed a twin, Zeppelin Bram and Arrow Rhodes on December 2, 2016. 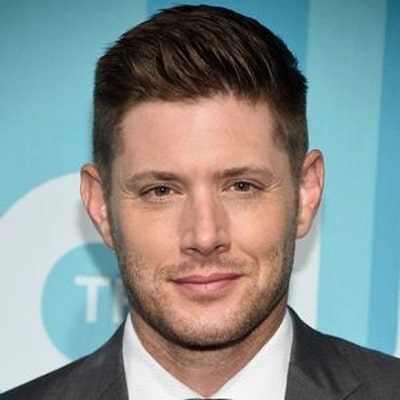 I love the smell of shampoo on a girl's hair. You can walk past someone and be like, 'Wow, you took a shower this morning, didn't you? Because you smell lovely

I used to be scared of uncertainty

now I get a high out of it

I get nervous around girls for the first time. Once I'm in, I can take the reins and go. It's just the initial approach I'm really bad at.

Who is Jensen Ackles?

Jensen Ackles is an American actor as well as a director who is recognized for his characters in television portraying the roles as Eric Brady in Days of Our Lives, Dean Winchester on The CW horror-fantasy series entitled as Supernatural.

He was born on March 1, 1978, in Dallas, Texas, US. His mother’s name is Donna Joan (née Shaffer) whereas his father’s name is Alan Roger Ackles. He also has a brother named Josh and a sister named Mackenzie.

Jensen holds American citizenship but his ethnicity is a mix of English, Irish, Scottish, and German.

He attended Berkner High School and then planned to study sports medicine at Texas Tech University so as to become a physical therapist but later changed his mind to acting.

He began his career as a model when he was four years old, began concentrating on an acting career in the year 1996. He started performing in various guest characters on Sweet Valley High, Mr. Rhodes, and Cybill.

Then, he joined the direction of the NBC soap opera Days of Our Lives portraying the role of Eric Brady in the year 1997.

He gave auditions for the character of the young Clark Kent on Smallville, which is a role offered to the actor named Tom Welling instead. After that, he started appearing as a guest character on the James Cameron television series titled Dark Angel on Fox in the year 2001 as serial killer Ben/X5-493.

He appeared as the supporting character in the box office success My Bloody Valentine 3D and played his acting as Jason Todd in the popular animated movie titled Batman: Under the Red Hood. Ackles is presently performing his appearance as Dean Winchester on the CW series titled Supernatural.

Moreover, he presented his voice for the character of the Red Hood (Jason Todd) for the animated movie titled as, Batman: Under The Red Hood, which launched to DVD and Blu-ray on 27 July.

Furthermore, he is a co-owner of a brewery in Dripping Springs, Texas, Family Business Beer Company, with his wife and in-laws.

He was honored with a 1998 Soap Opera Digest Award for being the Best Male Newcomer and started to be selected in the nominations of the three times in the years 1998, 1999, and 2000 for a Daytime Emmy Award for his Outstanding Younger Actor in a Drama Series.

He stands at a height of 6 feet 1 inches and weighs around 83 Kg. Additionally, he has green eyes and light brown hair. Likewise, he has 42 inches of the chest, 33 inches of waist and 15.5 inches of biceps.