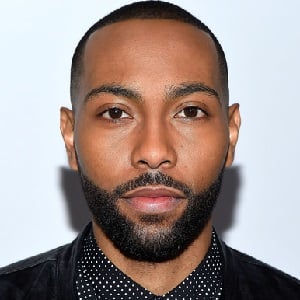 Jeremie Harris has kept most of the information about his personal life a secret. There are no records available about his past relationships. At present, he is believed to be single.

Who is Jeremie Harris?

Jeremie Harris is an American actor. People mostly know him for his role as Ptonomy Wallace in FX’s ‘Legion.’ Additionally, he has appeared in several other TV series like ‘God Friended Me’ and ‘High Maintenance.’

Harris was born in New Rochelle, New York. Throughout his childhood years, he grew up in New Rochelle. He developed a keen interest in basketball and acting as a child. He is of American nationality. Furthermore, there are no details available about his ethnic background at present.

Talking about his education, Harris learned the business at New York University. In addition, he attended Juilliard School.

Harris initially appeared as Anthony in ‘Orange Bow’. Additionally, in 2011, he played the role of Bina’s Boyfriend in the movie ‘Pariah.’ In 2012, he played Agent Clark in the TV series ‘Person of Interest.’ Since then, he has appeared in several other movies and television series. At present, he has more than 15 credits as an actor.

Some other movie and television series that Harris has appeared in are ‘God Friended Me’, ‘High Maintenance’, ‘After Party’, ‘Love Beats Rhymes’, ‘The Get Down’, ‘Bushwick’, ‘Bessie’, ‘A Walk Among the Tombstones’, ‘The Angriest Man in Brooklynn’, and ‘Blue Bloods’ among others.

Harris has not revealed his current salary. Furthermore, there are no details available about his estimated net worth at present.

Harris has not been part of any notable controversies in his career. Furthermore, at present, there are no rumors concerning his life and career.

Talking about his body measurement, there are no details available about Harris’ height and weight. His hair color is black and his eye color is dark brown.