Jeremih is a well-recognized American singer, songwriter, and record producer. She is presently single and he is not dating anyone at the moment.

Talking about his love life, Jeremih is presently single and he is not dating anyone at the moment. Felton lives along with his family and his son named Canyon Grey. He might be focused on his career at the moment.

Previously, the singer was dating Rachel Leigh. Leigh is an entrepreneur by profession and is also famous on social media. The ex-couple started dating in 2011. They welcomed a son named Canyon Grey Felton.

Shortly, after having a baby, the couple split up in 2012. They had a messy custody battle which Jeremih won in 2012. 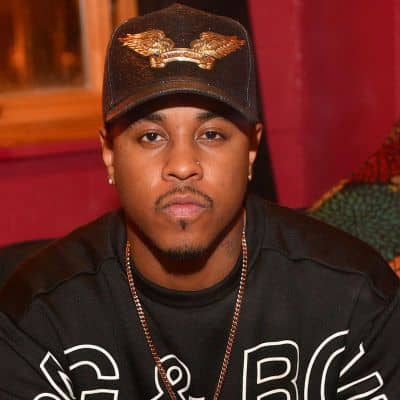 Jeremih is a well-recognized American singer, songwriter, and record producer. Felton is wifely famed for his singles, Birthday Sex, which reached number four on the US Billboard hot 100 charts, All About You, Down on Me, and so on.

Jeremih was born on 17 July 1987. At present, his age is 34 years old. Likewise, his birthplace is Chicago, Illinois, the USA.

Jeremih is the son of his mother, Gwenda Starling whereas his father’s details are still not available. Moreover, he is the only child in his family.

Talking about his nationality, Felton holds an American identity whereas his ethnicity is African-American.

Regarding education, the singer started playing saxophone, piano, and other instruments while he was in school. He attended Morgan Park High School. Later, he joined the University of Illinois and Parkland College in Urbana-Champaign.

Felton then changed his university and moved to Columbia College Chicago in 2007 to pursue a degree in the music business.

The famous singer started recording songs while studying at university. He collaborated with record producer Mick Schultz. They released a song named My Ride.

Later, Felton signed a recording contract with De Jam and released his debut single, Birthday Sex in 2009. The song eventually reached number 4 on the US Billboard Hot 100.

The star also participated in America’s Most Wanted Tour along with Lil Wayne, Young Jeezy, and Soulja Boy Tell’Em.

The second single of the album named Planez featured J.Cole was released on 22 January 2015.

Likewise, the singer along with Ty Dolla Sign published the song, The Light as the lead single from their collaboration album MihTy.

Their 11-track album was published on 26 October 2018. It featured stars such as Chris Brown, French Montana, and Wiz Khalifa.

A popular multi-talented star, Philip has earned a handsome amount of money from his profession. He has been active in his profession from the year 2008 till the present.

It is reported that Jeremih has an estimated net worth of $2 million as of 2022. He lives a luxurious lifestyle along with his family.

His earnings were raised after signing a deal with Def Jam Recording. Felton also earned good money from his first and self-titled album, Jeremih which made its debut at number six on U.S. Billboard 200, selling more than 60 thousand copies during the first week.

Jeremy was hospitalized in Chicago in November 2020 after testing positive for COVID-19. It became intense as he was taken on a ventilator in the intensive care unit on 14 November.

Though the singer remained in a critical situation he was finally taken off the ventilator on 19 November.

The star fully recovered before transferring out of intensive care on 21 November. He was released from the hospital on 4 December.

Jeremih has never been part of any controversial matter or rumors till now. The singer has been preoccupied with his professional and private life.

It seems that Felton prefers enjoying his personal life and does not want to merge it with his professional life.

34 years old rapper, Jeremih has handsome looks and an admirable personality. He stands at a height of 6 feet 2inches. Also, he has a balanced body weight of 86kg.

Furthermore, Felton has dark brown eyes whereas his hair is black.

Regarding his social media presence, Jeremih is an active personality on social media. Jeremih has more than 1.2 million followers on his official Instagram account @Jeremih.

He is also active on Twitter with around 918.5k followers.

Moreover, Felton is also available on Facebook with nearly 2.3 million fans and supporters.