Skater Jeremy Abbott is a 4X US Champion. 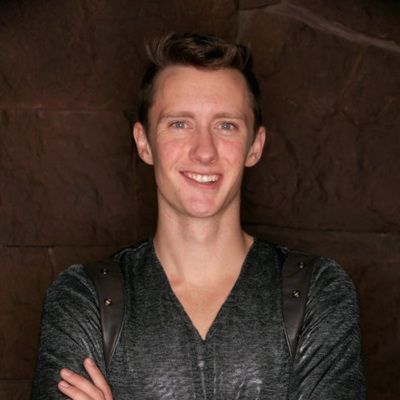 The goal for me is the Olympics. It's Sochi and doing my best there. And, you know, my best has the potential to be on the podium

I've always wanted to skate. If and when I decide to retire... I want to perform. I want to be on the ice. I want to continue contributing to the sport. I feel like I still have a lot to offer

I can do the tricks and I can skate. I have great skating skills and artistry and well-choreographed programs. For me, the biggest obstacle is just bringing it all together.

What is the relationship of Jeremy Abbott?

Jeremy Abbott is currently single. He is not dating anyone currently.

Jeremy had at least a relationship in the past. He has not been previously engaged.

Who is Jeremy Abbott?

Jeremy Abbott is a former American figure skater. He is a four-time U.S. national champion and placed ninth in the 2010 Winter Olympics.

Jeremy Abbott is 34 years old. He was born on June 5, 1985, in Aspen, Colorado, the U.S. His father’s name is Danny Abbott, who died from complications of Parkinson’s Disease.

Jeremy’s mother’s name is Allison Abbott. He has an elder sister named Gwen Abbott who is a nationally ranked downhill skier and who competed in the X Games as a ski racer.

Jeremy belongs to American nationality. There is no information about his ethnicity.

Jeremy stretched his high school career out one year longer than usual, so he could concentrate on both skating and getting good grades. He graduated in 2004.

From the age of 2, he began skating. He competed in ice dancing with Amanda Cunningham from 1995–96 as a juvenile with Katie Hoffmaster from 1997–98.

In 2005, he won the Junior national title at the U.S. Championships. Abbott was given another international assignment, this time to the 2006 Finlandia Trophy in the 2006–07 season.

Abbott changed coaches to Yuka Sato in Bloomfield Hills, Michigan in May 2009. He skated a strong short to place 6th in the segment in 2010.

Jeremy Abbott said he was seeing a sports psychologist once a week in a November 2011 interview.

Moreover, He was informed that one of his spins would not count and changed it before competing, at practice at the 2013 U.S. Championships.

In Addition, For the 2014–15 season, Abbott was given assignments for Skate America and NHK Trophy. Abbott participated in the 2016 Japan Open during the 2016–2017 season. At the end of the season, he announced his retirement from the competition.

As of 2022, Jeremy Abbott has an estimated net worth of $2 million. There is no further information about his income and salary.

He has Dark blond hair color and light green eyes color. There is no more information about his body measurements.