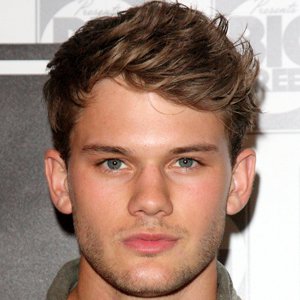 What is the relationship of Jeremy Irvine?

Ellie Goulding is possibly single. But the rumors say that he has hooked up with Jodi Spencer. Although his career took on a successful path his love life couldn’t do so.

Who is Jeremy Irvine?

Jeremy Irvine is an English actor who began her career in the entertainment field in 2009. He is best known for his appearance in movies like War Horse, The World Made Straight, and Fallen.

His mother, Bridget Smith is a politician in the local government, and his father, Chris Smith is an engineer. He has two younger brothers Lawrence and Toby.

He has an English nationality and he has a mixed ethnicity of English, Scottish, Channel Islander, and Irish. Since childhood, he has built up a strong interest in the entertainment field.

Talking about the career journey of Jeremy Irvine, he is active in the entertainment field since 2009 and he is still active in it. He has also done some acting in her childhood age from where he had built up his confidence. In 2009, he appeared in the television show Life Bites portraying the character of Luke.

In 2011, he appeared in the lead role of Albert Narracott in the movie War Horse. For his role in the movie, he has also been nominated for Empire Award for Best Male Newcomer and the London Film Critics’ Choice Award for Young British Performer of the Year. He has spread his wings equally at ease in both media. His career has already started to blossom with his outstanding acting skills.

After onward, Irvine has appeared in numerous films including Young Eric Lomax in The Railway Man, as Ben in Beyond the Reach, as Harry Burnstow in The Woman in Black: Angel of Death, as Billy in This Beautiful Fantastic, and much more.

His success in his career path has paid him well financially making his net worth estimated to be $2.5 million as of 2022. His salary per movie is not disclosed but it seems that this actor is living a lavish life.

Unlike other actors, he hasn’t been in rumors but he suffered a controversy when he was seen holding hands with Ellie Goulding.

Jeremy Irvine has a height of 6 feet (1.83m) and bodyweight is 71 kg. He has a blue eye color and his hair color is golden brown.