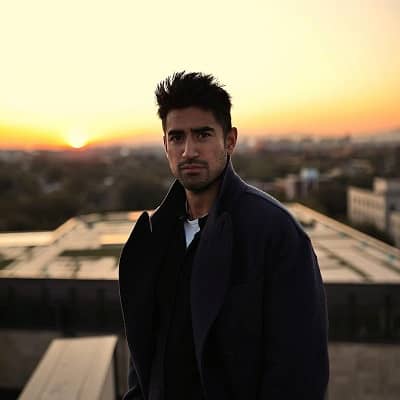 Jeremy Jauncey is currently in a relationship with his girlfriend Pia Wurtzbach. Pia is also quite popular as the Miss Universe 2015. During this time Pia traveled a lot to raise awareness and coincidentally the two happened to meet in one of their travels in London. Jeremy approached Pia and the two hit it off instantly thanks to their mutual love for travel. And their relationship that started in 2015 is going strong even now.

Who is Jeremy Jauncey?

Jeremy Jauncey is a popular British entrepreneur, travel photographer, and social media personality. He is very popular on Instagram thanks to his posts which mainly include captivating photos of his travels.

He is also widely known for his company Beautiful Destinations, which promotes safe traveling and digital marketing services for tourism destinations all around the world.

Jeremy Cunninghame Jauncey was born in the year 1986 in Venezuela. As of July 2021, he is either 34 or 35 years old. His nationality is British and his ethnicity is mixed.

Jeremy was born to parents Simon Helias Jauncey and Aurora Castaneda. His father is Scottish and his mother is Colombian. Jeremy grew up in Edinburgh, Scotland along with his younger brother Tom Jauncey. Tom is also the VP of Content Creation for Jeremy’s company Beautiful Destinations as of now. Jeremy has been into fitness and sports ever since he was a child. As such, he played rugby while in school and later moved to New Zealand to pursue a career in sports and athletics.

Talking about his education, Jeremy graduated from a local high school in Scotland. After this, he pursued further education first through Kings’ College under the University of London but later transferred to Glenalmond College. He graduated college with a B.Sc. in Business Management.

Jeremy initially wanted to build a career in sports and athletics. But unfortunately, this was cut short by several injuries, and had to search for an alternative path through life. During this time, Jeremy became interested in travel and photography. He had the skills of a great photographer and clicked a lot of gorgeous photos during his travels around the world. While on his travels, Jeremy also began to look into entrepreneurship and had the idea for a marketing company focusing on social media.

Finally, Jeremy brought his idea into reality by founding Beautiful Destinations in 2012. He is also the CEO of the company which provides travel guides and advertises beautiful travel destinations around the world. All of this is done primarily through Jeremy’s and the Beautiful Destinations’ Instagram pages. Along with his own skill, Jeremy has employed a number of great travel photographers and videographers to create attractive content for the travel destinations as requested by their clients. Thanks to these posts the company’s Instagram account has gathered over 19 million followers and has a lot of high-profile clients in the form of hotels and travel agencies.

On top of all this, Jeremy is also an environmental activist. He is currently an ambassador for WWF, Gold Standard, and Panerai.

Jeremy has accumulated an estimated net worth of roughly 1.2 million USD as of now. He hasn’t revealed his exact annual salary as of now. Unfortunately, this figure is much harder to estimate as he has multiple sources of income.

Jauncey stands at a height of 5 feet 11 inches and his weight is roughly 70 kilograms. He is blessed with good looks and has built an attractive and muscular physique. His hair is black and his eyes are dark brown in color.

Get to know more about the lives of Harry Raftus and Tabitha Soren.