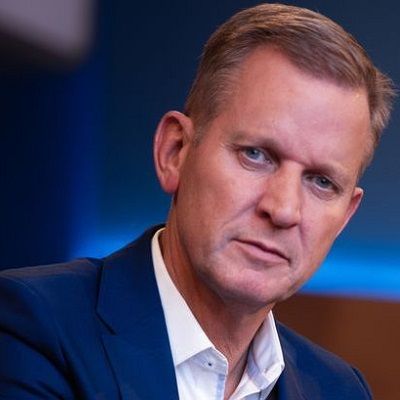 I have long held firm to my suspicion that some people are just evil. In some cases I'll concede it seems as though it is thrust upon someone who had little real hope of avoiding it. However tragic that reality, the simple fact remains that it is more important to protect the rest of society for as long as it remains a danger to them.

Jeremy Kyle is currently engaged to Vicky Burton. He engaged Vicky in February 2018 who was his children’s former nanny.

Previously, he married Kristy Rowley in July 1989. Their marriage did not work out due to his gambling addiction. Together, they have a daughter Hattie born in 1990.

After that, he married Carla Germaine in December 2002. Together, they have three children, two daughters Alice and Ava and a son Henry. Likewise, they divorced on 11th February 2016.

Who is Jeremy Kyle?

Jeremy Kyle was born on 7th July 1965 in Reading, Berkshire, England. He is the son of Patrick Kyle and Nan Kyle. His father was an accountant and personal secretary to the Queen Mother for forty years.

Similarly, he has an older brother Nick and he became a drug addict.

Jeremy attended the Reading Blue Coat School which is a boy’s independent school in Sonning, Berkshire. After that, he attended History and Sociology at the University of Surrey in Guildford.

Jeremy’s first job was at Marks & Spencer is a major British multinational retailer with headquarters in Westminster, London.

From 1986 to 1995, he worked as a life insurance salesman, recruitment, consultant and radio advertising salesman. Jeremy became a radio presenter and after working at Orchard FM in Taunton, Somerset.

In the year 1997, he joined BRMB in Birmingham and presented Late & Live and Jezza’s Jukebox. In the year 2000, he moved to the Century FM network and taking this format. On 1st July 2002, he made his first broadcast on Virgin Radio and presented Jezza’s Virgin Confessions.

From 5th September 2004, he presented the Confessions on Capital FM. After that, he made way for The Jeremy Kyle Show that ran from January 2006 to December 2006.

In the year 2005, Jeremy moved his format to ITV with a program called The Jeremy Kyle Show. Similarly, in February 2008, his show was criticized in court after a man who found out during the recording of a show that he was not the father of his wife’s child later pointed an air rifle at her.

Similarly, on 19th April 2011, he began presenting a documentary series Military Driving School. After that, he presented the ITV game show High Stakes.

From 2015, he has presented two series The Kyle Files. After that, he began developing a new show The Jeremy Show which canceled after three months.

Kyle wrote a column for Pick Me Up which is a women’s weekly magazine that was published by IPC. In the year 2009, he wrote his first book I’m Only Being Honest.

He has two luxury houses in Windsor. Similarly, his main home is  £3 million in the affluent Berkshire town of Windsor.

Is The Jeremy Kyle Show a toxic brand?

ITV has permanently pulled The Jeremy Kyle Show. It was after the death of a guest that was suspected to be a suicide. It was the 63-years old Steve Dymond who was a guest of the show a week before his death.

Jeremy has brown hair and blue eyes. He is 5 feet 8 inches tall.

You may also read the age, parents, career, net worth, body measurement and social media of Scarlett Moffatt, Matt Allwright, and Susan Olsen

Jeremy Kyle show has been suspended from ITV indefinitely! Know the reason behind this major step!