Talking about her relationship details, Jeremy McConnell is presently dating Katie McCreath. Together with her, they have a daughter, Storm.

Before, Jeremy had a relationship with British actress, Stephanie Davis. They welcomed their son named Caben Albi in January 2017. McConnell was accused of assaulting Davis in August 2017. Later, he was sentenced to 20weeks in prison and was suspended for 12 months.

Previously, he dated an Irish model Holly Carpenter for about a year. 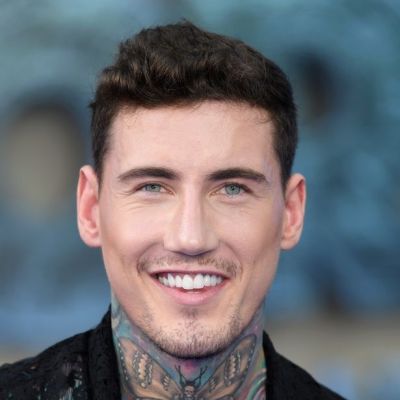 Who is Jeremy McConnell?

Jeremy McConnell is a well-recognized Irish model and reality television star. McConnell is widely famed for his role in the seventeenth series of Celebrity Big Brother.

Jeremy McConnell was born on 22 February 1990 At present, his age is 31 years old. Likewise, his birthplace is Dublin, Ireland.

Not much is known about his father and mother’s details, Jeremy has been secretive towards his family details. Moreover, he has not mentioned his sibling’s information in the public yet.

Talking about his nationality, McConnell holds an Irish identity whereas his ethnicity is Irish.

Regarding education, the actor might be well0educated. He has not mentioned his academic background to the public.

Jeremy started his career as a struggling model. He also featured in Mr. Ireland in 2012 and ended up being the runner-up of the show. Likewise, he made his Television debut in 2016 with the MTV show, Beauty School Cop Outs.

Moreover, McConnell also participated in the Celebrity Big Brother House in the 17th installment. He was the sixth house member to get evicted from the show due to the least amount of votes. The star stayed almost 25 days in the house and refers to those days as memorable days of his life.

Earlier, Jeremey played football for Bohemians Fc and Shelbourne FC. He has not mentioned his career details in the public till now.

A famed Irish star, McConnell has earned a handsome amount of money from his profession. He has been active in his profession from the year 2016 till the present.

The Irish model, McConnell has a problem with drug addiction. While he was in relation with Stephanie, she tried to help him with rehabilitation but there was not too much improvement. Jeremey also had two police cases against him and had gone back to Ireland in between.

In November 2017, Jeremy was jailed for setting off his suspended sentence for failing to manage to perform his community service in order to travel to Turkey to get a hair and beard transplant. His actual sentence was deducted to 18 weeks as credit for community service already completed.

Other than that, Jeremy has never been part of any controversial matter or rumors till now.

Furthermore, McConnell has green eyes whereas his hair is black.

Regarding his social media presence, Jeremy McConnell is an active personality on social media. Jeremy has more than 405k followers on his official Instagram account @jeremymconnellcooke.

He is also active on Twitter with around 313.4k followers.

Moreover, McConnell is also available on Facebook with nearly – fans and supporters.